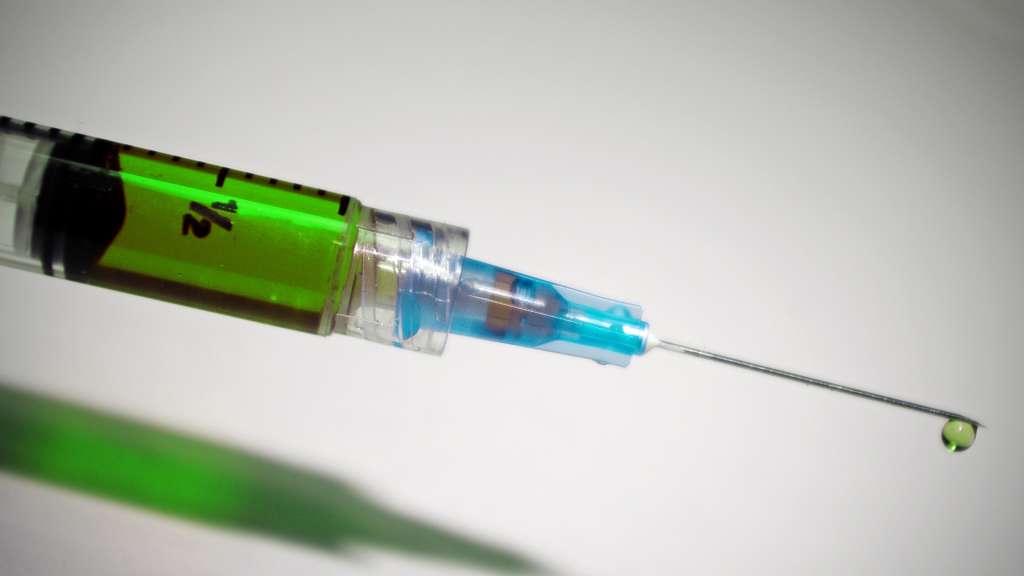 While being injected in the eyeball already sounds unpleasant, new research has found evidence that a wide range of bacteria still remain on the eye’s surface after sterilisation, some of which can pose a risk of inner eye infection if pushed inside by the needle.

The study1, conducted by scientists at University of New South Wales and published in The Ocular Surface, examined 67 intravitreal needles (those used in eye injections) through a variety of techniques to uncover which bacteria remained on the needle shaft after injection by medical staff.

Evidence was uncovered of a diverse variety of bacteria on the needles, which were also found on the surface of the eye and in the conjunctival tissue (that of the whites of the eye). This showed there was a risk of an inner eye infection called endophthalmitis despite the best efforts of the medical staff to completely sterilise before surgery.

“We wanted to investigate whether there was any bacterial contamination on a needle shaft following injection through the eyeball. This is after the surgeon has sterilised the surface of the eye with antiseptic and antibiotics. This would help us understand how it is that some people unfortunately get endophthalmitis,” said lead author of the paper, Dr Jerome Ozkan of the School of Optometry and Vision Science at UNSW.

A multi-pronged search for bacteria

Dr Ozkan told Lab Down Under that this preliminary study filled a gap left by the Human Microbiome Project2, a US government funded effort commenced in October 2007 which ultimately generated over 14 terabytes of data about the microorganisms that live on and in the human body.

“They investigated the skin, gut, mouth, nasal passage and urinogenitary tracts but did did not investigate the microbiome of the human eye,” Ozkan said.

In their more recent study, Dr Ozkan and his team examined bacteria found on these intravitreal needles in a number of different ways:

For the study, 67 needles were collected from 31 participants, the majority of whom were undergoing treatment for age-related macular degeneration, a common ailment that causes blindness in the elderly.

Endophthalmitis occurs in rare cases after an eye injection because bacteria present on the surface of the eye have been pushed inside the eye, somewhere they were not meant to be, Dr Ozkan said.

“The inside of the eyeball is its own little domain with its own special immune system. So if you take a pathogenic bacteria or even bacteria that may not be pathogenic, and is normally resident in a different region of the body, and introduce it into that area where it can potentially replicate uncontrolled, you get an infection.”

If this occurs and the bacteria multiplies unchecked causing a severe infection (endophthalmitis), the patient can ultimately lose their sight.

However, the rate of endophthalmitis is extremely low (between 0.025 per cent and 0.2 per cent of cases) for those receiving an intravitreal injection, Dr Ozkan said.

Furthermore, medical professionals were already taking a range of precautions such as wearing face masks, minimising talking during the procedure to minimise contamination, and pulling the conjunctival tissue across the injection site to seal the hole where the needle had punctured the eyeball.

Dr Ozkan said that bacteria which was detected on the eye despite the sterilisation of the ocular surface with antibiotics may have survived by residing in small microscopic folds within the conjunctival tissue.

“The bacteria survive in little protective niches. The doctors treat the patient’s eyes with antibiotics or antiseptics to remove all the bacteria. They’ll instill povidone-iodine to sterilise the surface and then instill antibiotic to make extra sure it is free of bacteria. Even after all this sterilisation, you do manage to still find things.”

The need for sensitivity

These different methods yielded different results because some types of bacteria could not be grown in a petri dish, Dr Ozkan said.

“Normally when you look for bacteria, you have to grow them in a lab. But then the sort of media and the conditions we use are limited, so you can’t really get a true sense of every bacteria that lives there. Some bacteria have never been cultured in a lab,” he told Lab Down Under.

More sensitive techniques were thus chosen to detect the types of bacteria that existed after a thorough sterilisation of the ocular surface.

“We wanted to use these more sensitive methods to see what sort of bacteria we could detect even after all of this sterilisation of the ocular surface had taken place. So essentially to find out whether the methods that are being used now for sterilisation are effective.”

Some of the bacteria found on the needles, such as Staphylococcus, Corynebacterium and Pseudomonas, are known to cause infections like endophthalmitis.

However, because of the sensitivity of the gene sequencing technique used, the researchers couldn’t be certain whether the test had picked up live bacteria or the DNA of bacteria that had been killed through the sterilisation process.

“The 16S rRNA gene sequencing technique tells you which bacterial DNA is present but it can’t tell you if it’s alive or not. You may have killed it with the antibiotics and so you’re detecting its DNA but the fact is it was there at that time,” Dr Ozkan said.

The fluorescent in situ hybridisation (FISH) technique, on the other hand, is designed to visualise bacteria on location. In this study, the researchers used a universal bacterial probe which attached itself to any bacteria that were adhered to the needle shaft following injection. The probes fluoresced under certain laser lights, meaning that when they saw fluorescent objects of the correct size and shape, they knew that bacteria were present but did not know the specific type.

“FISH allows you to confirm it is bacteria on the needle shaft. Future studies may use more species-specific probes to precisely identify the bacteria that is adhering to the needle,” Dr Ozkan said.

While a scanning electron microscope could be used to spot objects shaped like bacteria sticking to the side of the needle, as the FISH technique used bacterial DNA probes, this confirmed there was bacterial presence on the needle and not some other object, he told Lab Down Under.

Because this was only a preliminary study to assess contamination of intravitreal injections, Dr Ozkan said further research was needed to more accurately determine the issue of needle contamination and the types of bacteria present.

“To get a better picture of the extent of needle contamination from intravitreal injection, a larger study would be needed, comprising multiple clinicians at multiple sites. There could be differences in injection technique and differences in the type of bacteria at different sites.”

Dr Ozkan would like to conduct further research in this area but that depends on further funding.

The study itself was conducted under a Faculty of Science Research Grant from UNSW. Dr Ozkan is currently on the Peter Doherty Biomedical Fellowship from the Australian Government National Health and Medical Research Council.