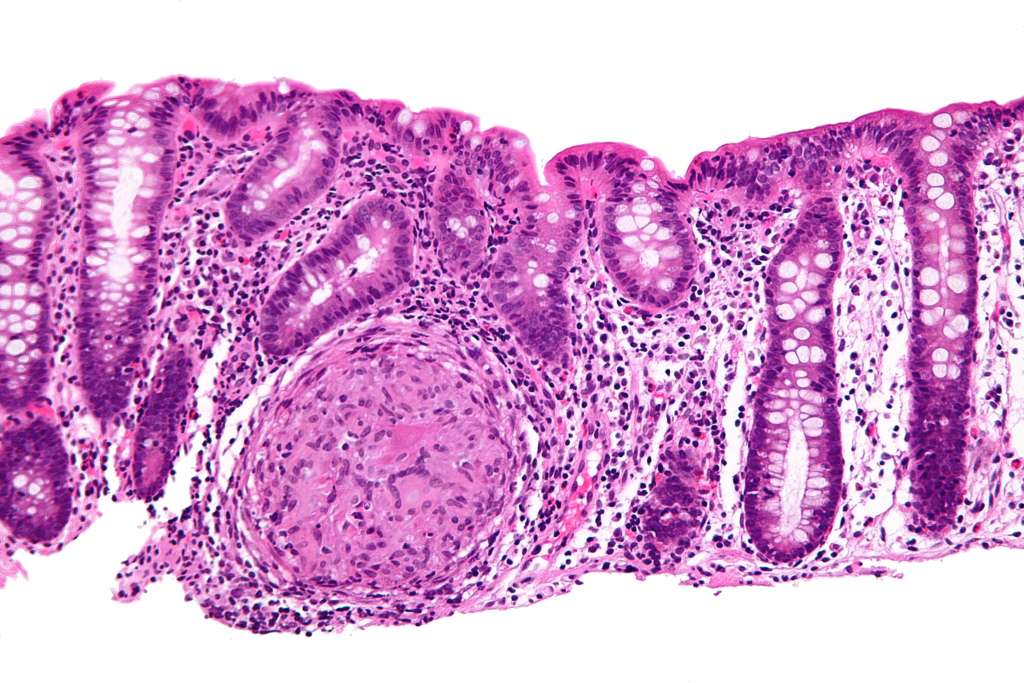 Researchers from Monash University have identified a previously overlooked but promising biomolecule that could be one day used to repair damage done to the gut lining by supercharging stem cells found within the intestine.

In the paper1, published in Cell Stem Cell, a molecule called neuregulin 1 (NRG1) was flagged as capable of accelerating repair of the gut lining — also called the epithelium — that has been damaged through radiation or chemotherapy.

While the study was conducted in mice, the researchers told Lab Down Under they were confident the results could also be replicated in the human gut which could pave the way for new therapeutic treatments of gastrointestinal diseases.

The epithelium is a single layer of cells lining the inner surface of the intestine that allows the gut to absorb nutrients from the food we eat while also blocking microbes from entering our body.

The stem cells in this layer are found within small pockets in the epithelium called crypts and create around 10 billion new cells each day, co-author of the paper Professor Helen Abud told Lab Down Under.

In a healthy individual, the number of epithelial cells remains balanced. Typically stem cells are kicked into action through multiple signaling pathways in which ‘niche cells’ produce certain molecules that can turn on the stem cells and encourage growth and repair.

Deficient stem cell growth can contribute to bowel diseases such as Crohn’s disease or ulcerative colitis which cause severe damage to the epithelial cell layer. On the other side of the coin, excessive stem cell activity can cause tumours.

“I think understanding how the stems cells behave is really key if we want to think about how to repair the gut or perhaps work out how to inhibit the overgrowth of tissue in tumours,” Professor Abud said.

Co-author Dr Thierry Jardé expressed excitement at how NRG1 not only drove the stem cells to multiply but also supercharged the resultant repair program.

“This shortens the period of damage. The gut lining is injured during common chemotherapy treatment for cancer and we were also able to show recovery is significantly improved with application of NRG1 following chemotherapy,” he said.

The research detected the production of different possible growth factors in mouse intestinal tissues that had been damaged by irradiation and chemotherapy drugs.

While the Epithelial Growth Factor (EGF) was thought to be a main driver of stem cell growth, screening conducted in the study found that the niche cells upregulated (or produced more) NRG1 than they did EGF itself, said Dr Jardé. NRG1 is a growth factor in the EGF family of molecules.

“It appears that NRG1 is strongly upregulated during tissue damage. When we treated small cultured mini-guts (called organoids) with NRG1, there was a very strong enlargement of the organoids and a very strong proliferation,” he said.

EGF itself was actually downregulated, meaning that lower amounts were produced after tissue damage in the gut.

This was an unexpected result, as EGF had been well studied previously and was supposed to be strongly produced in response to tissue damage in the gut.

“I think everyone assumed that EGF was the molecule that is produced to repair gut tissue. Our work has shown that NRG1 is actually the molecule that controls how the intestinal stem cells divide, particularly in the case of tissue repair,” Professor Abud said.

Moving from mouse to human

While the published paper related to a mouse study, Professor Abud, Dr Jardé and their team are already conducting research on human tissues to see if NRG1 is expressed in the same way as in their mice counterparts.

This new research is being conducted through a collaboration between Monash and clinicians at Cabrini Hospital in Melbourne, Dr Jardé said.

“We’ve collected intestinal tissues from cancer patients so we can grow the tumour tissue into mini-tumours. We can also grow normal tissue into normal human mini-guts. We’re planning to assess the effects of NRG1 in these normal and cancerous organoids as well.”

This new research is hoped to generate data about niche cells and stem cells in the human context and replicate the results found in the mouse paper.

Professor Abud said she was confident that the results could translate from mice to humans as they had many common features including the conservation of major stem cell growth pathways.

“Our initial findings are that there are similar cell types in mice and human guts. We already know that there are cells that express NRG1 in the human gut but we just have not fully characterised how that works yet,” she said.

From theory to treatment

As well as determining how NRG1 works to promote stem cell growth in human intestines, other questions such as what the correct dose is, how to administer it, and whether it is safe also have to be examined, Professor Abud told Lab Down Under.

“If you think of stem cells in our intestinal tract, there’s both the good and the bad side. And it’s getting that balance right. So the good side is we can activate them to repair, but the bad side is if they’re over-activated that can actually form a tumour,” she said.

If further research pans out and NRG1 is found to be both effective and safe in humans, this could lead to treatments for diseases characterised by deficiencies in the intestinal lining such as necrotising enterocolitis, ulcerative colitis, Crohn’s disease and short gut syndrome.

“The researchers observed that the treatment was safe, efficient and induced a positive outcome for these patients with heart failure. So it’s still not used in clinics at the moment but at least the safety profile was quite good for NRG1 in these patients,” he said.

While this heart study did not test results for intestinal growth, at least it showed there there were no obvious unacceptable side effects in patients injected with NRG1, Professor Abud said.

The importance of discovery science

Professor Abud concluded by saying results like this showed why it was important to think outside of general assumptions and applied science.

“These fundamental discovery-type projects are absolutely essential to underpin the decisions of what to go forward with, because people could have easily gone forward with a molecule that was not the most promising one,” she said.

The use of mice was crucial for breaking through these assumptions in a robust, scientific manner as it would have been impossible to conduct the whole repertoire of experiments to test different molecules and their effects directly in humans.

“We need to conduct excellent discovery science so we can come up with the very best candidates and our study is an example of that,” Professor Abud told Lab Down Under.