Scientists sound out the inner mechanics of our vocal tracts 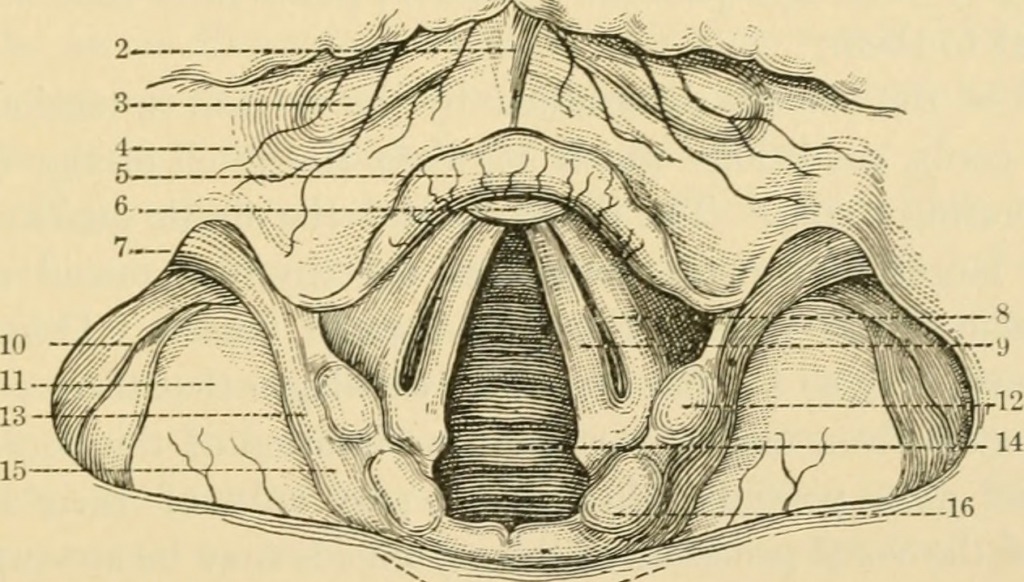 Scientists from UNSW have taken one small step towards a greater understanding of the human voice, uncovering more about how sound travels through our vocal tracts and how it is affected by the movement of our vocal cords, in research which may have future implications in clinical medicine and voice synthesis.

Noel Hanna, John Smith and Joe Wolfe, from UNSW’s School of Physics, examined the acoustic properties of the subglottal airway, the part of the windpipe below the vocal cords (also called the glottis or vocal folds), by measuring the impedance between the lips and vocal cords in ten volunteers while each individual breathed in (called inspiration in scientific terms) as well as when they closed their vocal cords.

Acoustic impedance is the ratio of sound pressure to flow, specifically the type of pressure which oscillates as opposed to remaining steady. Low impedance means that a high rate of flow through an opening produces low pressure, while high impedance means the opposite.

“The relationship between flow and pressure is important to the mechanics of the oscillation of the vocal folds and therefore to understanding the voice itself,” Hanna told Lab Down Under.

Measuring impedance can provide information about resonant frequencies, the so-called ‘natural frequencies’ of a system. These are determined by a system’s physical properties and are the frequencies at which the system oscillates the easiest. As a simple example, by pushing a child’s swing set with the right timing, you can ensure the swing itself goes higher and higher with little effort. Some systems have a set of resonant frequencies.

“At a resonant frequency, a very small acoustic pressure is produced by a given flow, and the acoustic impedance is very small. Conversely, at antiresonances, very small flows produce large sound pressures,” Hanna said.

The research, published in the Journal of the Acoustical Society of America, measured the expected resonances when the vocal cords were closed and then examined how these changed – and whether any new resonant frequencies were added – when the vocal cords were opened and the subject started breathing. The study found that the trachea and vocal tract produced a range of resonances together, the frequencies of which depended on shape of the larynx itself.

The results, although subtle, “largely matched” theoretical expectations and provided a better understanding of the acoustics of the trachea and its interactions with the vocal tract and larynx in a quantitative way, Hanna said.

For instance, modelling based on the MRI scans of the trachea of one individual, called Subject 7, boasted several features of calculated impedance that were actually measured from the sound coming from the subject’s lips.

Changes in acoustic impedance as subject 7 breathes. As the glottis is opened, a longer tract is seen with additional resonances.

Video by Noel HannaThe added resonances revealed by these measurements, which are represented by the peaks in the above video, suggest how the subglottal airways affect the sound of our voice when we speak and create additional pressure at the vocal cords.

The researchers suggest that this could have implications for voice synthesis, improving current models which fail to use information about the subglottal frequencies. While the paper admits present models may still produce “satisfactory” results, there is still room for increasingly better results.

“Producing realistic synthesised breathy voices or breathing sounds, however, might benefit from inclusion of the resonant properties of the subglottal tract,” the researchers write.

Impedance measurements could also provide more information about the structure of the windpipe below the vocal cords, helping clinicians diagnose constrictions in the trachea or bronchi. However, this is something that further research will have to uncover with diagnostics of constrictions at present levels being “beyond current modelling,” the researchers say.

Hanna confirms this when asked by Lab Down Under.

“In principle, we can deduce some features of the tracheal geometry and mechanics from this. In cases of clinical changes (such as asthma), this measurement technique can give some information, but interpreting that information would not be easy,” he said.

Still, these results should act as a stepping stone for future studies.

“Researchers trying to understand the operation of the voice need to know quantitative details about the acoustics of the trachea. This study makes some of those details available. They, and we, shall use them in future studies. We expect that other researchers who make numerical models of the vocal and respiratory systems will use these results,” Hanna said.

Featured image: Hand drawing of the larynx from the 1897 American Textbook of Physiology by William H. Howell, M.D. of the Yale University School of Medicine. Picture by Internet Archive Book Images.