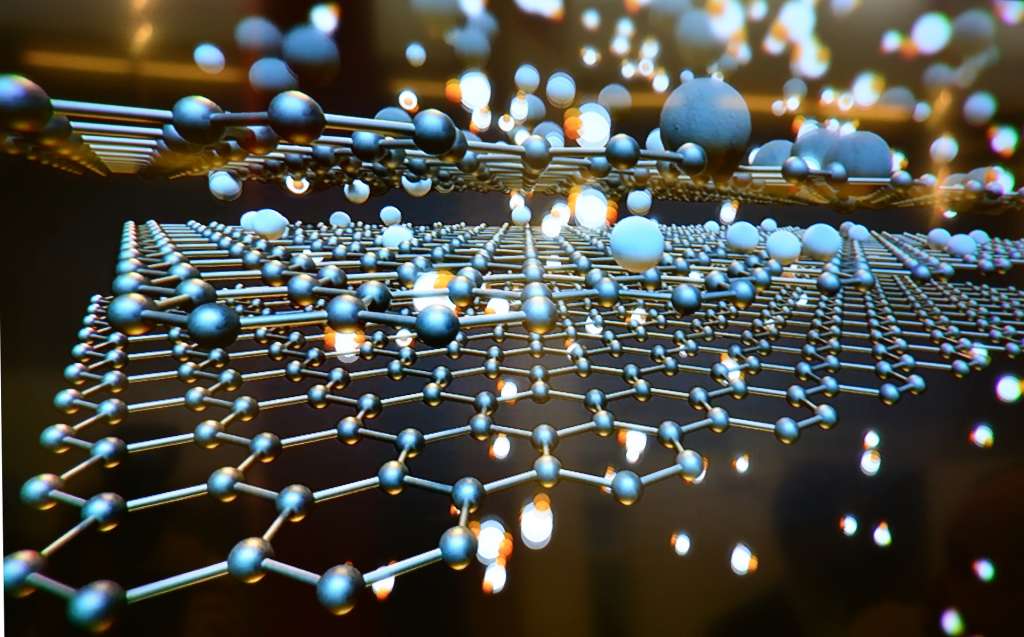 A new nano-material which can be easily printed and converts twisting, squeezing and bending into electricity may assist with the development of wearable, self-powered electronics such as pacemakers, motion sensors and even smart running shoes.

The flexible and printable peizoelectric material was developed by a research team led by RMIT University and revealed in a paper1 published earlier this month in Materials Today. It is 100,000 times thinner than a human hair and 800 per cent more efficient than other similar materials.

Importantly, the new material is non-toxic and can be easily fabricated using a cost-effective commercially scalable method which could theoretically be done in a household kitchen, said lead researcher and vice-chancellor’s research fellow in RMIT’s School of Engineering, Dr Nasir Mahmood.

Piezoelectricity is the accumulation of charge in a material that undergoes mechanical stress such as being squeezed, twisted or bent in some way. Until now, the best performing piezoelectric products were made from lead, a toxic material unsuitable for medical or biological uses within a subject’s body.

“Our new material is based on non-toxic zinc oxide, which is also lightweight and compatible with silicon, making it easy to integrate into current electronics,” said Dr Mahmood.

‘It can be done in a home kitchen’

The efficiency of the material is so great that you simply require a single 1.1 nanometre (1.1 × 10−9 m) thick layer to create fully self-powered electronics, he added.

The RMIT researchers created a new liquid metal printing method to produce the new material. First, the zinc is heated until it becomes liquid. Exposed to oxygen, the material forms a nano-layer of zinc oxide on top, like the skin that forms on heated milk as it cools. The metal is then rolled over a surface to create nano-thin sheets of the zinc oxide skin.

The process only requires zinc metal and did not include a pre- or post-treatment process, Dr Mahmood told Lab Down Under.

“The approach is very simple and quick, only requiring three to five seconds to produce ultrathin and large sheets. This gives this technology significant advantages over any other existing methods.”

This technique could easily be scaled up into industrial-scale production, Dr Mahmood added, as it did not require any sophisticated equipment or complex synthesis conditions.

“In fact, it can be done in a home kitchen – though it is better to do it in controlled conditions. All you need is a heater to melt the zinc and a substrate, for painting the nanosheets. The size of the substrate and the rolling space will define the size of the sheet.”

A simple method to overcome past challenges

This liquid metal printing approach overcomes challenges of more traditional methods for making nano-materials and allows scientists to maintain the necessary crystalline structure throughout the sheet.

“Piezoelectric property mainly depends on the structure of the material therefore maintaining high crystallinity (monocrystalline) while reducing the size and increasing the lateral dimensions is crucial,” Dr Mahmood told Lab Down Under.

“In traditional synthesis methods it’s challenging to maintain the bulk crystal structure throughout the sheet when reducing its thickness and increasing lateral size, especially in centimetres.”

With the new method, the same crystallinity is maintained throughout the sheet thanks to a “bottom-up synthesis”, which easily arranges the individual atoms while producing large area sheets, Dr Mahmood said.

Ultimately, the printing method resulted in nano-materials with exceptionally high piezoelectricity with the zinc oxide layers having a value of d33 — a coefficient that defines efficiency of the mechano-electrical conversion — that was eight times larger than that of bulk zinc oxide.

“If any materials like our zinc oxide has higher d33, this means it has high efficiency. The d coefficient can be of a different type depending the on the direction of applied pressure and output like d33, d11, d31, etc. which are associated with the material’s inherent crystal structure, but all defines the efficiency of a material,” Dr Mahmood said.

Applications in medicine, infrastructure and more

Applications for these self-powered electronics in the biomedical field are varied, including internal biosensors and biotechnologies such as machines that convert blood pressure into electricity that powers pacemakers.

The material could also be used in smart oscillation sensors that detect faults in infrastructure — an important tool to test buildings and bridges especially in regions prone to earthquakes.

Other potential energy-harvesting uses include smart running shoes to charge the wearer’s mobile phone and smart footpaths that generate energy from footsteps.

The researchers at RMIT are now investigating how the material can be used for ultrasonic detectors for the defence force as well as infrastructure monitoring. The team is also looking into nano-generators for harvesting mechanical energy.

“We are developing optoelectronic, synaptic and motion sensors as well as nanogenerators to harvest motion energy. This technology has many applications in a variety of fields such as a transducer, delay lines, gas igniters, displacement transducers, accelerometers, and piezoelectric transformers,” Dr Mahmood said.

The research was funded through the the Australian Research Council and the ARC Centre of Excellence in Future Low-Energy Electronics Technologies (FLEET) and supported by the RMIT Micro Nano Research Facility (MNRF) and Microscopy and Microanalysis Facility (RMMF), CSIRO, the Multi-modal Australian Science Imaging and Visualisation Environment (MASSIVE), National Computational Infrastructure National Facility and the Pawsey Supercomputer Centre.