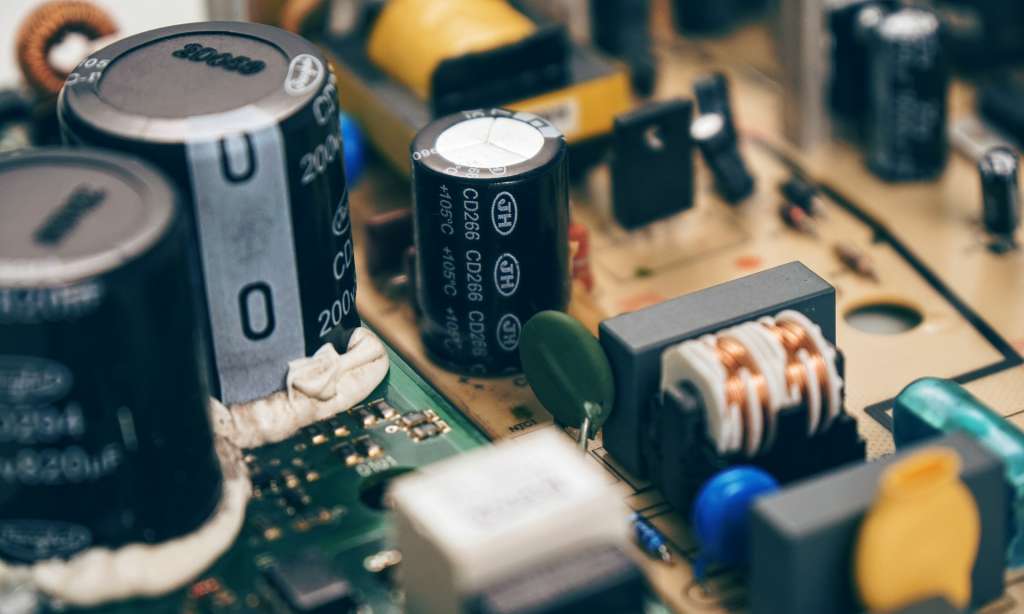 A new type of hybrid supercapacitor offers the benefits of both batteries and capacitors and could help with the development of cheaper, safer and more environmentally friendly energy storage in the future.

In a paper published in December1, researchers from Queensland University of Technology describe their method for creating this novel supercapacitor which they claim has the “ultra high power” of a supercapacitor with the energy density close to that of nickel metal hydride batteries.

To produce the device, the scientists combined chemically-modified graphene with a nano-structured metal organic framework called an MOF. This unique structure meant the resulting supercapacitor has properties that could make it suitable for use in energy storage, solar cells, and biology applications.

The best of both worlds

In our everyday electronic devices, energy storage is achieved through either batteries or supercapacitors. In short, batteries can store large quantities of energy and discharge slowly. On the other hand, supercapacitors cannot hold as much energy but discharge quickly.

Used as secondary power sources for electronics like smartphones, cameras and laptops, supercapacitors only able to hold around one tenth of a battery’s energy but have a longer cycle life than batteries. Cycle life refers to the number of charges and discharges a device can go through before performance decreases to significant levels.

Simply put, electrodes are the components of an electronic device which allow electrons (which flow to produce electricity) to enter or leave an electrochemical cell where they are stored.

This unique hybrid structure allows the device to reach an energy density of up to 73 Wh kg−1 which is close to rechargeable nickel metal hydride batteries while offering power of 16 kW kg−1 which is 10 times greater than that of lithium batteries.

“With such a unique electrode arrangement, this device is able to fill an important gap in the current low power batteries and poor energy supercapacitors, paving a way towards many more new applications,” said Associate Professor Deepak Dubal of QUT’s School of Chemistry and Physics.

The “asymmetric arrangement” of materials in the device means it had potential to be used in energy storage development, said lead author and QUT PhD researcher Michael Horn.

Batteries often fail quickly if charged and discharged quickly, and could only reach around 5,000 charge/discharge cycles even at modest cycling rates and low depth of discharge, he said, referring to the speed and the amount that you emptied and filled the battery.

“However, our device, after being cycled at a high current rate for 10,000 charge/discharges, retained around 90 per cent of its initial storage capacity,” Horn said.

During these 10,000 charge/discharge cycles, the C-rate of the hybrid device was 60C, which means the entirety of the battery was emptied and filled within one minute. Despite the rapid nature of the charges and discharges, the device will maintained a 90 per cent capacity.

As a comparison, the best lithium-ion batteries and all solid state lithium batteries will drop to around 80 per cent capacity at a C-rate of 5C (which means the battery is emptied and filled every 12 minutes). This drops to well below 60 per cent at a C-rate of 30C (meaning the cycle occurs every 2 minutes instead).

“This comparison highlights the strong potential opportunity that the hybrid material and asymmetric arrangement offers in energy storage development,” the researchers wrote.

Challenges in creating a hybrid supercapacitor

According to the paper, MOFs are promising materials for energy applications because of their “unique textural properties” while graphene — essentially a 2D sheet of bonded carbon atoms — also exhibits high surface area, excellent electric conductivity, and good mechanical strength.

However, the greatest challenge in designing this hybrid supercapacitor device was balancing the performance of the capacitor-type negative electrodes with the hybrid battery-type positive electrodes in a single device. To overcome this, the team from QUT collaborated with researchers from the Indian Institute of Technology Jammu and Technische Universität in Munich, Germany.

The “synergic combination” of the chemically-modified graphene and the MOF was part of the beauty behind it, Associate Professor Dubal said.

The device itself was a “win-win solution”, Associate Professor Dubal said.

“This is a step towards energy storage solutions that are cheaper, extremely safe, and environmentally friendly as the electrolyte is water based and easy to recycle.”

Featured image: Circuit board resistor. Picture by Tide He. Used under the Pixabay Licence.