Smooth vibrations: How ultrasound can brew the perfect coffee 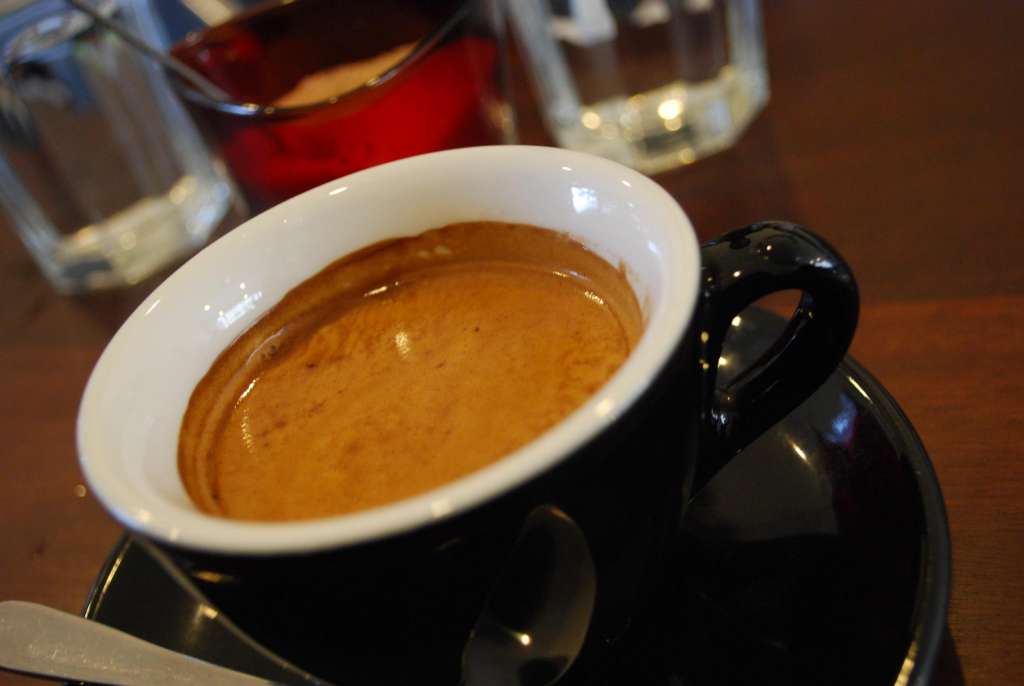 While coffee as a beverage dates back at least to the 15th century, new ways of brewing this popular drink are still being uncovered with Australian researchers now using ultrasound to create a more flavoursome cuppa.

Scientists from the University of New South Wales have looked beyond more traditional methods such as the espresso machine or French press, releasing a new paper1 in Ultrasonics Sonochemistry that examines ultrasound as a new choice for brewing coffee.

Dr Francisco Trujillo of the School of Chemical Engineering of UNSW was chief investigator behind the study. He and his team opted for ultrasound because it had been used previously to extract compounds out of used coffee grounds but had not been tested to brew coffee afresh.

When using this method on a typical arabica and robusta coffee blend, Dr Trujillo found that ultrasonic brewing, called sonication, ultimately increased the beverage’s levels of triglycerides, caffeine and various compounds responsible for the unique aroma of coffee. The process also lowered the levels of antioxidants while resulting in a richer, fuller, more milky looking coffee.

Ultrasound can be used to extract important compounds in the brewing process through what is known as cavitation. As the sound waves travel through the water surrounding the grounds, differences in pressure create microscopic bubbles which themselves expand and collapse.

On collapsing, the local interior of these bubbles can reach very high temperatures and pressures, Dr Trujillo told Lab Down Under.

“Just imagine you have a fluid that is expanded and then you start compressing that liquid very quickly. What happens with temperature? The temperature will increase. So the temperature in the bubble increases and can go to thousands of Kelvin, like the Sun basically.”

Cavitation punctures the cellular walls of nearby coffee grounds, releasing the chemical compounds within at a much faster rate.

The initial aim of the experiment was to see if ultrasound could actually increase the amount of antioxidants in the brewed coffee in an attempt to create a healthier drink.

However, the actual results revealed the opposite, with the level of antioxidants decreasing slightly, Dr Trujillo said.

“We suspected that because ultrasound cavitation can produce some very small amounts of radical species that are very short lived, that could affect and reduce the amount of antioxidants.”

This meant that although a greater amount of antioxidants could have been extracted from the coffee grounds, they were reduced upon meeting these free radicals.

Free radicals are highly reactive compounds with an additional electron. They are found within the body and can be beneficial at the right levels, being used to attack bacteria or cancer cells. However, in excess they create what’s known as oxidative stress which is thought to lead to conditions such as cancer and cardiovascular disease2.

While antioxidants remove these radical compounds, they do so by reacting with them, turning into different chemicals. It was this process which could have led to a lower amount of antioxidants within the ultrasonic coffee.

There are also questions around whether consuming additional amounts of antioxidants can actually have health benefits like preventing cancer or slowing down the aging process3.

What the research found however was that sonication increased the level of both triglycerides and caffeine in the coffee.

The triglycerides, or lipids, are essentially the fats inside the coffee grounds and play a large part in the aroma and flavour of the coffee. Ultrasound brewing almost doubled the amount of lipids in the coffee, Dr Trujillo said.

The levels of caffeine also increased slightly. Because caffeine is soluble in water, it was likely that more could be extracted due to the ultrasound brewing process, Dr Trujillo said.

Because of the greater amount of triglycerides and aromatic components, the look and flavour of the coffee was different to that brewed through more traditional methods such as espresso machines.

In an espresso, the triglycerides can be seen in what is called the ‘crema’, the foam that floats on top of a typically black beverage.

While traditionally the crema floats on top of the coffee, ultrasound actually emulsifies the triglycerides with the beverage, mixing them together. This created a milky-looking beverage with caramel tones.

“The lipids form a stable emulsion so you’re not going to see a crema going to the top and bursting like you see in an espresso. The look will be different; it will be richer in triglycerides and richer in aroma,” Dr Trujillo said.

The taste and body (known as mouthfeel) was also improved due to the greater amounts of triglycerides mixed into the beverage.

As to whether coffee brewed by ultrasound would be possible in cafes and kitchens in the future, Dr Trujillo said he would look into how this could be done.

One step would be to develop a smaller ultrasound machine, with the device utilised in this experiment being made for industrial use.

“In the future, it will be possible to have ultrasonic coffee. Certainly, we see it as having a much better aroma and a much better taste as well,” he told Lab Down Under.

“In the end, it will have to be the consumers who decide that they want an option like ultrasound coffee, but that option certainly is there. You could put it in cafes. Do you want an espresso? Do you want an ultrasonic coffee?”

The study was conducted with funding by The Little Guy Energy Drink with assistance from the UNSW Mark Wainwright Analytical Centre’s NMR Facility and Bioanalytical Mass Spectrometry Facility.