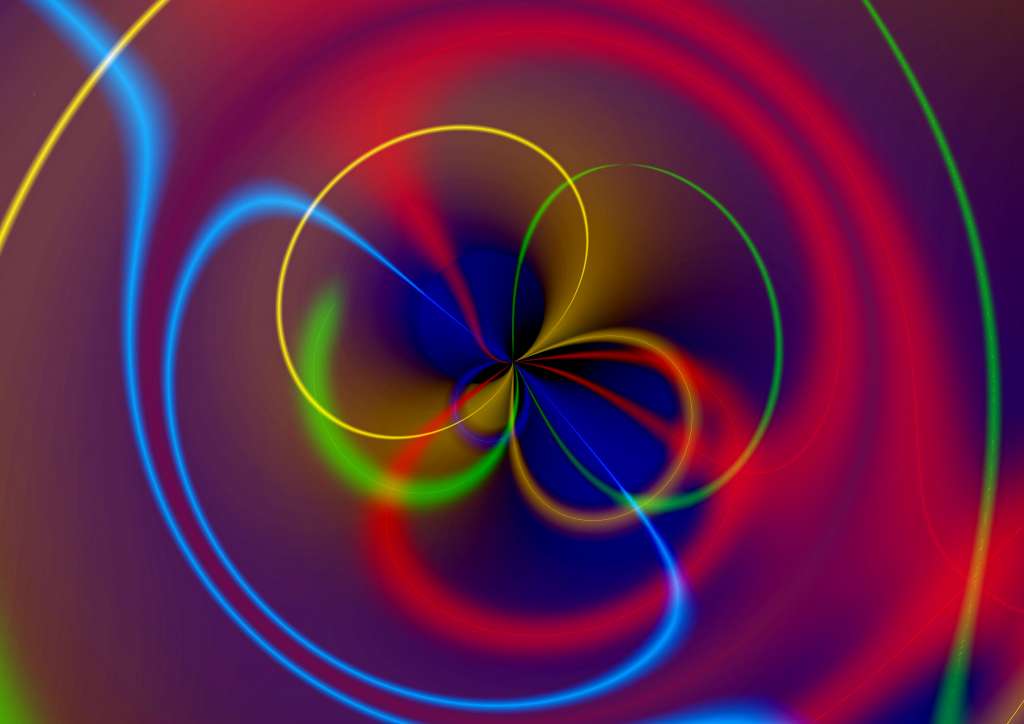 A collaboration between Australian and US researchers has produced a world first device capable of fully controlling 3D light waves to produce time reversed optical waves that can retrace a path back through objects like watching a movie play backwards.

The optics breakthrough, published recently in Nature Communications1, was the first to demonstrate this time reversal in light waves and could lead to transformations in the fields of advanced biomedical imaging and telecommunications.

In physics, time reversal does not mean that a wave travels backwards in time. Rather, it describes a light wave which retraces a path backwards into some object. Imagine watching light shining outward from a source, travelling through a material and becoming fuzzy and blurred as it scatters. The time reversed light wave would behave as though you replayed a movie of this in rewind, seeing the scattered light come back together through the material to meet at that source.

The device was developed by optics researchers from the University of Queensland and the US-based Nokia Bell Labs. It is made up of a series of lenses and mirrors and creates this backwards version of a light beam.

How to create a ‘backwards’ light wave

UQ’s Dr Mickael Mounaix and Dr Joel Carpenter, together with Dr Nick Fontaine’s team at Nokia Bell Labs, were the brains behind this breakthrough which will allow light to “sneak” into more opaque objects where it has previously been blocked from entering.

Typically when light originates in something opaque such as fog, it scatters and spreads out.

The device precisely measures all that scattered light and then creates a “backwards” light wave that can be sent back through the fog to originate at a single source.

“This new time reversed light wave will retrace the original scattering process like watching a movie in reverse — finally arriving at the source just as it began: a single position at a single point in time,” Dr Mounaix said.

Without this technology, light shone at a material like fog would simply become scattered even more by passing through and could not be focused at specific points within the substance.

The backwards light wave created by this device starts off as a little cloud of light, a random three dimensional structure which is created by sculpting the light from an initial ball, Dr Carpenter said.

“That sculpting needs to take place on time scales of trillionths of a second, so that’s too fast to sculpt using any moving parts or electrical signals — think of it like shooting a ball of clay at high speed through a static apparatus with no moving parts, which slices up the ball, diverts the pieces, and then recombines the pieces to produce an output sculpture, all as the clay flies through without ever slowing down.”

Being able to control the full field of light like this will open up a plethora of applications currently off limits because certain materials such as biological tissues, white paint or fog inherently scatter light, Dr Mounaix told Lab Down Under.

Scientists behind the discovery of optical tweezers were awarded the Nobel Prize in 2018 for showing how high-intensity, ultra-short optical pulses could capture and manipulate tiny objects.

This latest device for time reversed optical waves could have practical applications too, as it enables the accurate delivery of light to within materials such as optical fibre which typically scramble the properties of light that passes through them.

“An example of practical applications would be using the multimode fibre as a very thin microscope, which could enable optical imaging where light would naturally struggle to sneak in,” Dr Mounaix said.

Further research will be conducted to hone the device with Dr Mounaix being awarded a 2021 Australian Research Council Discovery Early Career Research Award to advance the technology.

“We are currently developing other prototypes of this device which enable accurate control of more degrees of freedom, as if we want to grab or deliver an image that would have more pixels than this first demonstration,” he said.

Prior to this breakthrough, scientists could only fully control and shape acoustic waves, water waves and microwaves in two and three-dimensional space. However, the technology had not yet been extended to light waves which have much smaller wavelengths.

For the first time, the researchers were able to control the light along three degrees of freedom — two spatial dimensions dictating how the light looked and one spectral/temporal dimension determining the light’s colour.

“Probably one of the biggest challenges was how to encode all the information to generate a 3D optical field using a 2D pixelated surface we bounced the light off to transform the field,” Dr Mounaix told Lab Down Under.

“We encoded the information on the 2D surface as a bunch of slices that fully encode the 3D targeted optical field, and the trick was to build the rest of the optical components that can assemble those slices into the corresponding volumetric field.”

A primary aspect of the overall device is what is called multi-plane light conversion (MPLC) which maps a 2D image into a 1D line.

“We can think of it has a device which takes all the pixels of a 2D image, and lays them out in a single big long line without losing any pixels in the process,” Dr Mounaix said.

The technology works to produce time reversed optical waves because light propagation itself is symmetric. In essence, it is possible to send a targeted light wave through a material, measure the resultant scattered wave, recreate that wave and send it back towards the material to recreate the light from the original source.

“In our demonstration, rather than sending the targeted field backwards, we use a more flexible approach which consists in sending a set of test fields through the medium, and measuring what comes out on the other end. From this measured set, we can work out how to generate any arbitrary optical fields with the targeted spatial profile at the desired arrival time,” Dr Mounaix said.