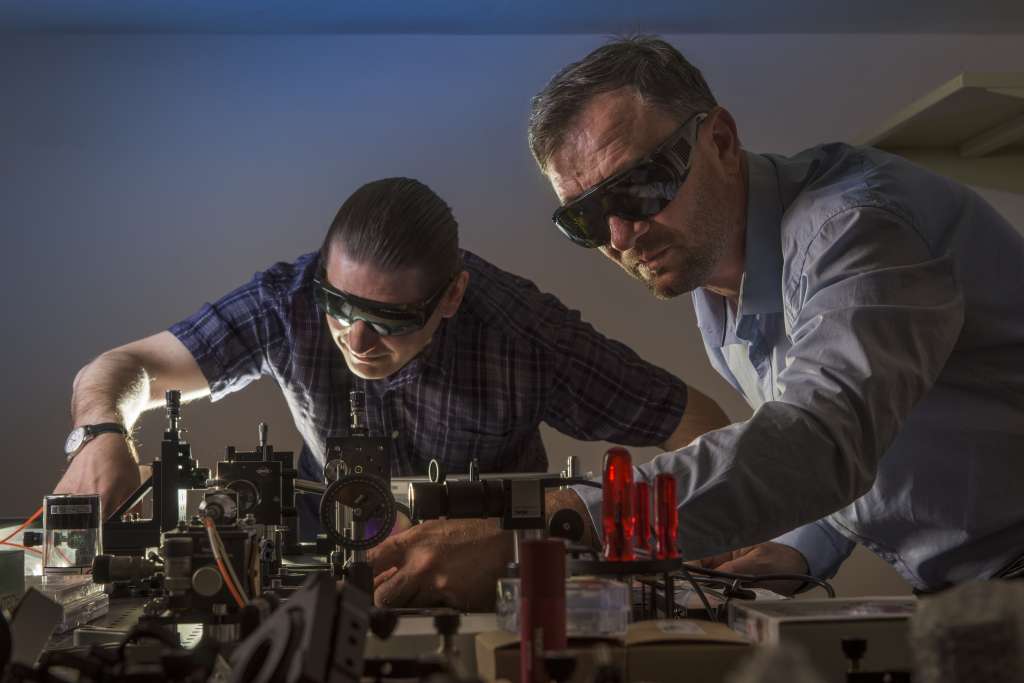 While it may seem like something out of a scifi movie, researchers have developed a laser tractor beam which may be able to control where lightning hits the ground and reduce the risk of catastrophic bushfires like the Black Summer fires of 2019/20.

In a recent paper1 published in Nature Communications, an international team of scientists describe using “a low-power continuous-wave vortex beam” to trigger, trap and guide electrical discharges through the air.

The technology uses lasers to create a pre-defined path through the air through which the electrical discharge we know of as lightning can travel. This has the potential to divert dry lightning strikes which were known to be the cause of many of Australia’s Black Summer bushfires.

‘A pen with which we can write light’

The international team, including scientists from the University of New South Wales and Australian National University used laser beams to mirror the same process that creates lightning naturally, forming a path that directed the resultant electrical discharge towards specific targets.

“We can imagine a future where this technology may induce electrical discharge from passing lightning, helping to guide it to safe targets and reduce the risk of catastrophic fires.”

Co-author Professor Andrey Miroshnichenko from UNSW Canberra said the laser tractor beam could be used to guide lightning over long distances in the future, precisely controlling where the lightning discharged and thereby reducing bushfire risk.

“We have an invisible thread, a pen with which we can write light and control the electrical discharge to within about one tenth the width of a human hair,” he said.

The laser tractor beam traps and heats graphene microparticle spheres which are around one millimetre in diameter. Because of the heating process, the nearby air can ionise more easily, creating a path for the lightning.

“Specifically, by trapping, placing and heating these particles with the laser beam in mid-air, we locally increase the air temperature and modify the breakdown conditions … enabling discharge over sustained predefined paths,” the researchers write.

The benefit of the new technology is that it uses a low powered laser — a first in the field. Because the laser’s intensity is a thousand times lower than those previously used in similar inventions, this new laser tractor beam could be cheaper, safer and more precise than other proposed solutions.

Unlike prior technological attempts to guide the electrical discharge through the air, this new approach does not operate through photoionisation, or ionising air molecules directly through lasers.

Videos showing a comparison between the electrical discharge both without and with the graphene microsphere (left and right respectively).

While the experimental setup only used a single “vortex transporter beam” and guided the electrical discharge along a straight line, the researchers predicted that the approach could be used for more complex scenarios.

“Notably, we envisage guidance of electrical discharges along complex three-dimensional paths in the ambient air with the use of multiple and/or spatially modulated beams including beams propagating along curved trajectory, such as Airy vortex beams,” they wrote.

Professor Miroshnichenko said the discovery could have potential benefits controlling micro-scale electrical discharges manufacturing applications such as the creation of nanotechnology and semiconductor electronics in which plasma discharges play a vital role.

This laser tractor beam technology could also have medical applications.

“The medical applications include optical scalpels for the removal of hard cancerous tissue to non-invasive surgery techniques,” he said.

“We are really at the start of learning what this completely new technology might mean.”

Video on the basic science behind lightning.