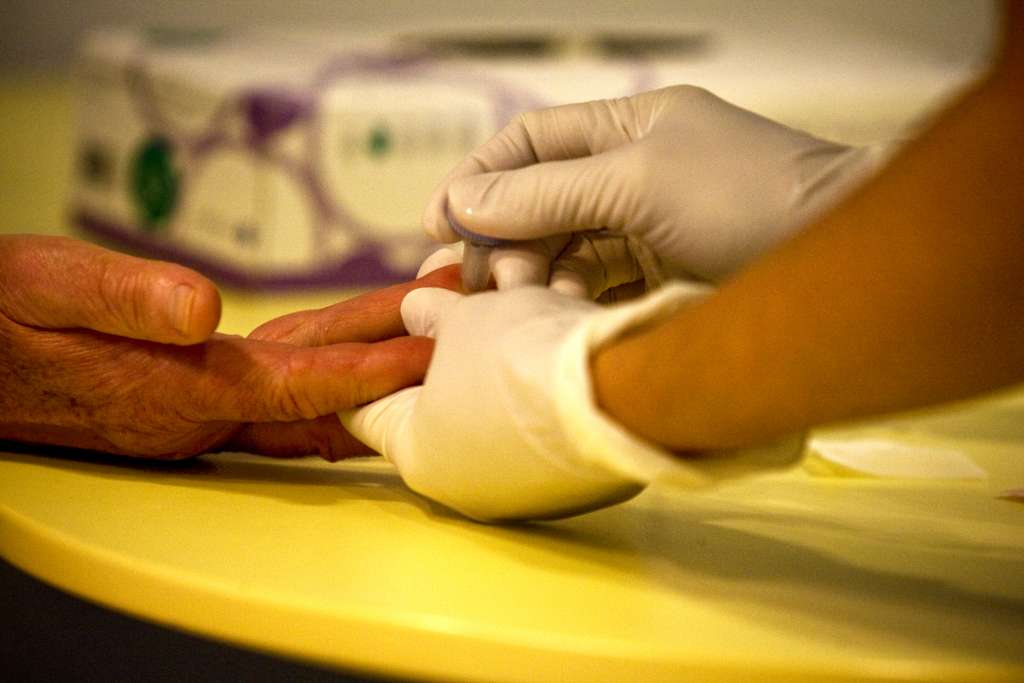 Clinicians are more likely to consider age and frailty when treating elderly patients with type 2 diabetes discharged from hospital, new research has shown in findings which could improve how medical experts help older patients deal with this common disease.

The study1, conducted by a team of Australian scientists and published in The Journal of Frailty and Aging, aimed at determining how intensively older people were treated if they had type 2 diabetes — also called adult onset diabetes — while suffering from frailty or dementia.

Type 2 diabetes is a chronic condition in which the body does not produce enough insulin or becomes resistant to the effects of insulin. It usually develops in adults over the age of 45 years old and there is currently no cure, with lifestyle modifications and medicine required to manage the disease.

The researchers examined over 3,000 patients aged between 65 and 99 years with type 2 diabetes who were discharged from hospitals in Melbourne’s Eastern Health public hospital network between 2012 and 2016. The aim was to test whether age, frailty or dementia predicted the types of treatment offered to these patients when they left the hospital.

Key findings included that people over 80 years of age were 63 per cent less likely to receive glucose lowering drugs than those between 65 and 80 years. Frail people were also 35 per cent less likely than robust people to be discharge on a higher risk combination of insulin and other diabetes drugs.

“Our findings suggest clinicians consider age and frailty by tailoring diabetes treatment regimens. This is encouraging because frail older individuals are more vulnerable to adverse events, such as hypoglycemia and mortality,” the researchers wrote.

Lead author and PhD candidate Stephen Wood of Monash University’s Centre for Medicine Use and Safety said frailty was an important complication of diabetes as it included a vulnerability to stressors and a reduced ability for the body’s to maintain homeostatis.

“Frailty also increases the risk of adverse drug events, including falls, disability and death. Frail people with diabetes are 71 per cent more likely to be hospitalised and twice as likely to die than non-frail people,” he said.

According to the researchers, the risks of intensive treatment may outweigh the benefits in frail older people as this is associated with an increased risk of hypoglycemia (low blood sugar) and does not improve survival in those with limited life expectancies.

The medical community has called for an individual’s frailty status to guide how they were treated. Both Australian and international clinical guidelines state that those who are frail with type two diabetes should not have their blood sugar levels lowered as much as healthier people, Wood added.

With a gap in the scientific literature regarding how older people are treated if they have type 2 diabetes and are either frail or living with dementia, Wood and his team decided to conduct this research.

Wood said the study used codified medical data to track trends across this cohort of patients.

“Using codes which indicate patients’ medical diagnoses we were able to identify individuals with dementia. We were also able to quantify patients’ frailty level using a validated tool called the Hospital Frailty Risk Index,” he said.

The team also identified the sorts of type 2 diabetes medication which was prescribed at discharge, categorising the treatments into four categories ranging from the least intense (where no drugs were prescribed) through to either insulin or non-insulin therapy only, and onto the most intense treatments (where combinations of insulin plus other diabetes drugs were used).

“Our primary aim was to determine whether age, frailty or dementia predict discharge treatment types for patients with type 2 diabetes,” Wood said.

Out of the total number of around 3,000 patients, just over 700 were given no type 2 diabetes medication, 570 were given insulin only, just under 1,200 were given non-insulin therapy, and just over 600 were told to undertake combination therapy.

The study’s primary findings were that those over 80 years old were less likely to receive glucose lowering drugs than those between 65 and 80 and that frail people were less likely than robust people to be discharged on the more intensive treatments.

“This was encouraging as it is now widely accepted that the risks of intensive treatment, such as hypoglycaemia, falls and cognitive impairment, may outweigh the benefits in frail older populations,” Wood said.

Unfortunately, the research could not identify any statistically significant trends amongst those with dementia as the cohort of individuals studied was relatively small. However, Wood said there was a small trend towards less intensive prescribing of type 2 diabetes medications in this group.

“What this study shows us is that clinicians do appear to consider age and frailty when prescribing for people with type 2 diabetes. We were surprised that frailty, independent of age, was a predictor of less intensive prescribing in type 2 diabetes.”

As with all types of medical studies there are some limitations to the research conducted by Wood and his team. The first is that the study only examined patients who were discharged from hospital up until 2016 and prescribing patterns could have evolved since then.

The researchers lacked information on diabetes duration, blood sugar levels, pre-admission treatment and ethnicity. They also did not know whether the medication was actually taken by the patients, only that it was dispensed when each individual was discharged.

“Finally, we acknowledge that, given that the sample comprised Australians who had been hospitalised, our results are not necessarily generalisable to all older patients with T2D across all clinical settings. Therefore, future studies should be conducted in other clinical settings and in other countries so that our results can be placed in a broader context,” Wood said.

Despite this, Wood told Lab Down Under that the study could be used to provide context and comparisons for future research on those with type 2 diabetes, including studies examining different countries and clinical settings.

“This study provides evidence that frailty is a factor in clinical decision making, so future studies should continue to examine its effects on health outcomes. There are many different type 2 diabetes medicines on the market, and there is still much to learn about their risk-benefit ratios, particularly in vulnerable and understudied populations, such as people living with frailty. We intend to continue to explore this concept in future studies.”

CMUS Senior Research Fellow Dr Jenni Ilomaki and Wood are now working alongside researchers in 10 countries through the Neurological and Mental Health Global Epidemiology Network to examine the safety and effectiveness of treating diabetes in those who are frail and have dementia.

The study was conducted by scientists at the Department of Epidemiology and Preventive Medicine, Monash University; National Health and Medical Research Council (NHMRC) Centre of Research Excellence in Frailty and Healthy Ageing; Baker Heart and Diabetes Institute; and the Istituti Clinici Scientifici Maugeri University of Milan.

Further information on Wood’s research can be found on his ResearchGate profile.