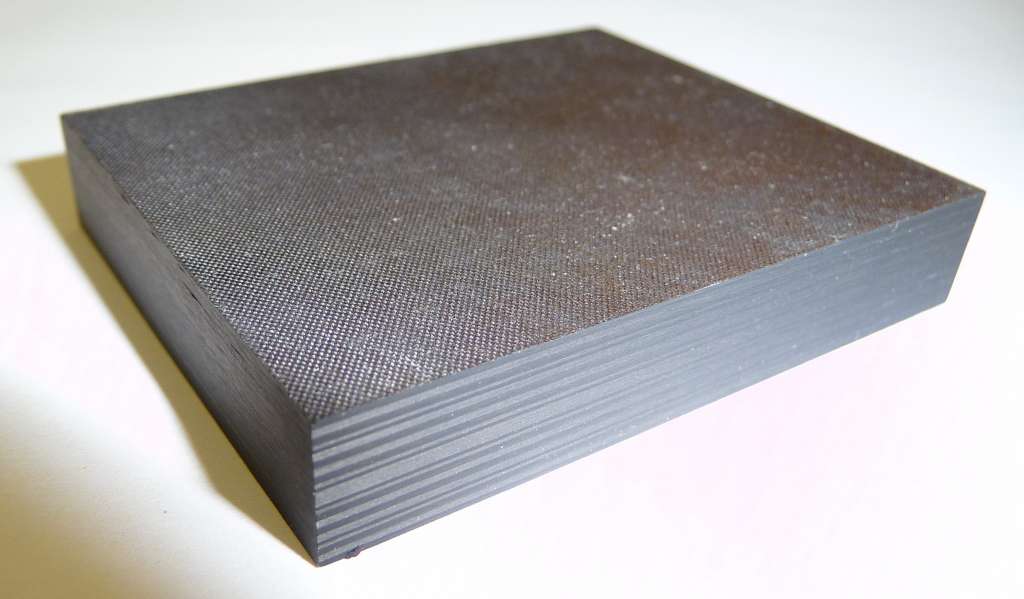 Australian scientists pushing the boundaries of carbon fibre composites have created a practical solution which could help researchers navigate around the secrets of carbon fibre manufacturers in producing their own tailored composites.

Scientists at Deakin University’s purpose-built carbon fibre research facility Carbon Nexus have come up with a novel way of combining continuous carbon fibres with thermoplastics, a type of plastic polymer which becomes soft when heated and hard when cooled.

The research1, published in Composites Part A: Applied Science and Manufacturing, is a preliminary step towards helping scientists gain a better understanding of how carbon fibres can be combined with thermoplastics and actually measure their properties in the hopes that this will have practical industrial applications in the future.

Typically, most research examining the properties of carbon fibre composites involves thermosetting polymers, also called thermoset. The difference between thermoplastics and thermosets was like comparing chocolate and cookies, lead author of the paper and Deakin PhD candidate Andreas Hendlmeier told Lab Down Under.

“Thermosets are usually liquid at room temperature. You start with a monomer and add a hardener which is your dough and then it starts polymerising and solidifying. Once it is solid, you can only crack it into crumbs and that’s it. Thermoplastics are solid at room temperature and when heated up they melt. Just like chocolate,” he said.

Monomers are smaller molecules which are able to join together into long repeated chains to form polymers. Polymers themselves can have different properties with some, like rubber and polyester, able to bend and stretch while others, like epoxies, are hard and tough.

Because of their properties, it can be challenging to examine how carbon fibres actually adhere to thermoplastics, a crucial aspect for determining whether a composite was suitable for a particular purpose. They can also be difficult to process. Solid at room temperature, they need to be heated but can degrade when heated for a long time in an oxygen-rich environment.

However, thermoplastics also have their advantages, being able to be combined into carbon fibre composites within seconds or minutes, compared to the hours or days required for their thermoset counterparts, Hendlmeier said.

“We wanted to push thermoplastics because they have great potential in a lot of industries. Another great advantage is the possibility of thermoplastics to be recycled and reused. That’s why we wanted to conduct this research.”

Examples of commonly known thermoplastics include polyethylene, polystyrene, polypropylene, acrylics, polyesters and polyamides. On the other hand, thermosets come in a variety of forms including polyester resins, silicon resins, epoxy resins, and polyurethane.

While there has been a lot of prior work done on thermoplastic carbon composites, supervising author Professor Luke Henderson said that the details of carbon fibre manufacturing were obscured behind an industry that carefully protected its secrets.

“If you can’t go to a carbon fibre manufacturer and ask for fibres with a specific surface treatment and type of sizing, they pretty much say you get what you’re given and they won’t tell you how they got to their product. This means a lot of optimisation involves buying something, trying it, buying something else, and seeing if it’s better or worse. So it’s all empirical,” he said.

One difficulty stems from the sizing, an emulsion that the carbon fibres, as a last manufacturing step, are dipped into before being woven or spooled. The actual makeup of these sizings is a heavily guarded secret, Professor Henderson said, with manufacturers purely saying that they were “compatible” with particular resins such as epoxy or polyamides.

To get around at least some of these limitations, Hendlmeier used the carbon fibre research line at Carbon Nexus to remove some of the variables during the production process since he was able to control the parameters himself. The process allowed the researchers to measure characteristics of the composites on a larger scale, something that typical testing procedures did not allow.

“He controlled all the variables in the manufacturing. That allowed us to have an inside glimpse into that side of things, so we could actually for the first time look at what processing conditions have an effect on the actual product in the thermoplastic,” Professor Henderson said.

Previously, the adhesion of carbon fibers and thermoplastics was measured on the micro-scale, using single fibres and small droplets of polymer, the so-called single fibre pull-out test. In this latest research, Hendlmeier instead took carbon fibres of 30 to 40 metres and fed them directly into a machine called an extruder where they were combined with polyamide-6 resin and, after the extrusion, were cut into 2mm long pellets.

“Andi was able to take continuous fibres and control the processing. While we still didn’t know the constituents of the sizing, at least we got rid of one variable (surface treatment). We put that into the extruder and we were able to look at the interfacial effects that happened,” Professor Henderson said.

After the pellets were hot-pressed into plates, tensile and flexural samples were cut out and tested. The measurement of these samples was the first time these properties had been examined at larger scales. What the researchers found was that there was a change in material behaviour of the composite. While the polyamide-6 nylon on its own acted as a thermoplastic, it behaved like thermoset when combined with the carbon fibre and sizing.

“When you look at the stress-strain curve of plain nylon, you can see how it stretches, then gets a necking, and then keeps stretching until it actually fails at some point, which is a typical curve of a thermoplastic material” Hendlmeier said.

“Necking” in materials means a deformation when a material is under stress. An everyday example of this can be seen when stretching a plastic bag. As more tension is applied, the plastic becomes thinner and stretches out before it breaks.

In contrast, the actual composite behaved more like a thermoset, taking the stress and strain without deformation up until a point when it ultimately snapped.

This was consistent with what other research had shown, Professor Henderson said, because the strands of carbon fibres throughout the plastic created the brittleness.

While this was only preliminary research, Hendlmeier said that the findings showed a “clear difference” in material performance due to both surface treatment and sizing.

“We follow the idea that regardless of which polymer you use for your composite, we can create the matching surface treatment and tailor the properties to the required needs,” he said.

A lot more research was needed in this area because there were so many unknown variables involved when investigating the interaction of carbon fibres and resin, Hendlmeier told Lab Down Under.

“Fibres usually are then guided through a sizing bath. There are a lot of different sizing recipes though and each sizing is supposed to improve the adhesion to a certain resin. And then you have the resin. Each resin from different suppliers is a bit different (chemically and physically) even though they have the same names. So there is still so much more work to be done until this topic is properly understood.”

With the Deakin research formulating a whole new approach of testing carbon fibres and thermoplastic adhesion, a range of new possibilities may open up in industries such as automotive and aerospace in future.

The injection moulding of car parts was one area which could be enhanced using these new composition production methods, and could result in automotive components which were lighter, stronger and cost less to make, Hendlmeier said.

One of the “holy grails” in carbon fibre research was polypropylene-reinforced carbon fibre, Professor Henderson told Lab Down Under.

“At the moment, polypropylene sticks to nothing. It’s impossible to get to adhere to anything. But if we can use the chemistry that we use in our research group and we can make a surface that’s really compatible with polypropylene and then use Andi’s process to extrude it and then test it, maybe we can start making gains in that field. So it opens up a lot of areas for what we do,” he said.

Other applications such as making boutique 3D printing filaments and creating new high-end reinforced polymers were also on the table, Professor Henderson said.