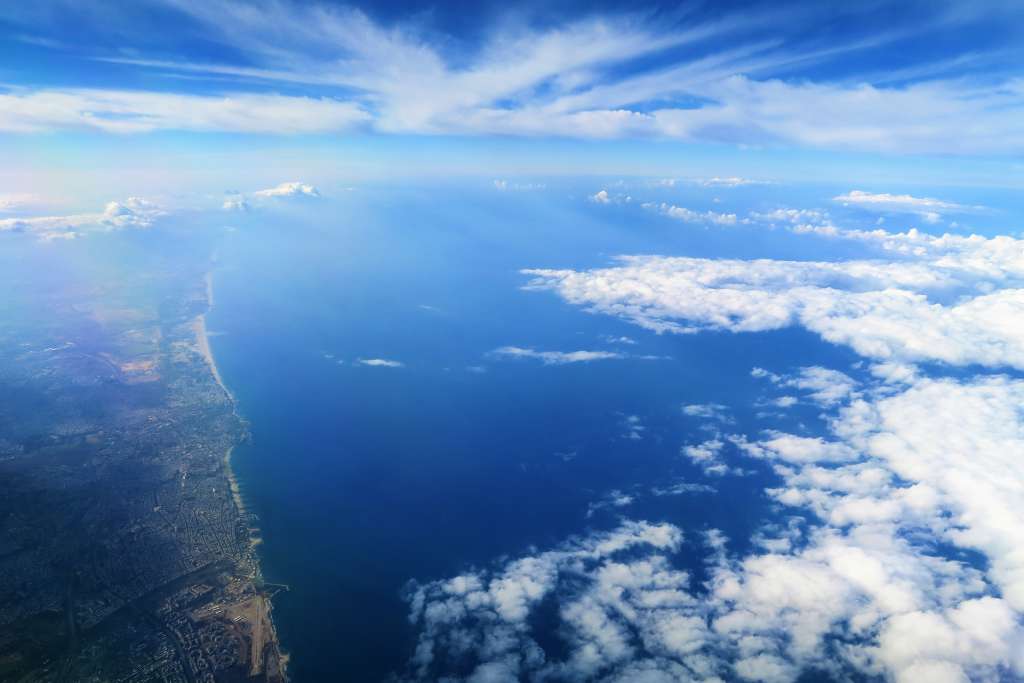 A team of Australian and US scientists have revealed unprecedented detail about the movement of molecules in chemical reactions and the way molecular fragments ‘roam’ in a brief dance before forming final products, in a finding which transforms fundamental chemistry and could have practical applications in a range of areas such as atmospheric science.

In the paper1, published in the journal Science, researchers from the University of New South Wales, University of Sydney, Emory University, and Cornell University looked at roaming reactions, an ongoing mystery that persists today despite the roots of chemistry as a science stretching back a thousand years.

Roaming is a short-lived phenomena which occurs in a transition stage during a chemical reaction. Atoms in a molecule break off and orbit the remaining atoms before combining together to form new compounds. Understanding the exact mechanism behind this, which so far has mostly been spotted in gases, is important as it will allow scientists to make better predictions in areas such as climate change, urban pollution and ozone depletion.

The researchers looked specifically at roaming in formaldehyde (CH2O). Bursts of laser light were used to split off a single hydrogen atom from individual molecules. This atom then was seen orbiting around the remaining molecular fragment, stealing the other hydrogen, and resulting in molecular hydrogen (H2) and carbon monoxide (CO). This process could occur in two different ways.

A lightbulb going off

Atmospheric scientist and head of UNSW’s School of Chemistry, Professor Scott Kable is corresponding author of the paper. He talked to Lab Down Under about how the research helped “lift the bonnet” on this age old mystery by investigating this reaction at previously unexplored levels of detail.

While roaming itself was only reported for the first time in a 2004 paper2 on formaldehyde gas, hints it existed had appeared well before that through irregularities in scientific results that no one could explain. Formaldehyde was first examined as it is a small molecule which is relatively easier to study and model.

Kable spoke of his own experience with these irregularities during his time as a postdoctoral associate in the USA in the 1990s. At that time, he obtained some photochemical data that he could not make sense of. While initially ignoring this as an unsolved mystery, Kable’s results were eventually confirmed to be a roaming reaction around 15 years later when he published a 2006 paper3, his first on roaming, examining formaldehyde’s larger cousin, acetaldehyde (CH3CHO).

“The data sat in my bottom filing cabinet drawer. As soon as the 2006 paper on roaming was published, a lightbulb went off in my head and I finally understood these data. It’s a roaming reaction. That’s why I couldn’t model it. So I just dug out all the old data and reanalysed it as a roaming reaction. The most challenging part was getting 8-inch floppy disks to work 15 years later,” Kable said.

The current paper was a “natural extension” of earlier roaming findings, Kable said. In formaldehyde, prior studies had examined what happened to the CO during roaming but no one had looked at the H2 because it was technically more difficult to study. Kable challenged a PhD student to have a look at the hydrogen molecule, with the unusual results obtained then leading to a larger collaboration across the four universities in the present paper.

While chemistry itself spans back generations, roaming reactions were only spotted in 2004 as the technological ability to pull apart what was happening while a chemical reaction was taking place did not exist until recently.

“We couldn’t get enough information about roaming and we couldn’t characterise it well enough. We certainly didn’t have the theory to be able to model it. It was the really good match between theory and experiment that convinced the world that roaming was a brand new chemical pathway. That was the first paper back in 2004,” Kable told Lab Down Under.

Hitting the slopes with hydrogen

The research found that there were two types of roaming reactions in formaldehyde, with the free floating hydrogen having to approach the remaining hydrogen at two different angles, either stripping the hydrogen off the CO molecule as it moved past or rebounding with it directly.

This could then “kick” the CO out with two different amounts of angular momentum which were visible in the experimental results, Kable said. Those interested can find animations of these two reactions in the paper’s supplementary materials section on the Science website.

With the free hydrogen moving through an electrostatic field created by the fragmented formaldehyde molecule, Kable likened this to a snowboarder coming down a halfpipe, able to move down the slope but constrained in their movement, only able to approach the other hydrogen at two specific angles.

“The hydrogen was coming out of that snowboard tube with a lot of sideways speed because, you know, going up and down the walls, nothing ever comes straight down. That was an inherent part of the roaming process. If you enter the snowboard halfpipe at an angle and you keep oscillating from side to side, you’ve got to come out of the halfpipe at an angle as well,” he said.

The research found that the hydrogen atom had to specifically approach something called an exit channel at these two specific angles in order to bond with the remaining hydrogen.

Kable explained that a molecule had both an entrance and exit channel which were governed by their electrostatic field. During a chemical reaction, the entrance channel dictates how the reactants combine together. There is then a transition state, in this case roaming, before the exit channel determines how the final chemical products are formed.

While a snowboarder travels down a gravitational well like the halfpipe in a classical physics manner, the free hydrogen acts in the realm of quantum physics instead, oscillating in a potential energy well created by the electrostatic field of the molecule. However, unlike the snowboarder which can approach the halfpipe with any kinetic energy, quantum effects mean that the hydrogen can only approach the exit channel with certain energy levels (or quanta).

The need for high precision

In order to witness the intricate dance of these molecular fragments, the researchers repeatedly zapped molecules of formaldehyde gas with a laser, adding just enough energy to break the bond between one hydrogen atom and the central carbon.

“When we make our measurements, we count individual H2 molecules. We actually measure an image on the screen and each dot on the screen is a single molecule. So we measure our data one molecule at a time. It’s pretty impressive. We do hundreds of thousands or millions of laser shots and each laser shot gives us about two molecules of products, so we just have to keep averaging them up until we can see the whole thing,” Kable said.

Able to measure the vibration, rotation and speed of the atoms as they moved through the roaming reaction, the next step was to see if this matched with the theory. While the theory and the experiment matched “beautifully”, Kable and his team took two years to unpack what was going on behind the scenes to truly understand what was going on.

“The way the theory works is theoreticians run what’s called a ‘trajectory’. They start a reaction, follow the way that all the atoms move and then let it run out to products. You’ve got to do that millions of times to build up what happens in the real world because when you measure a reaction, you measure an ensemble of molecules. When you do these things one at a time, you’ve got to run millions and millions of trajectories.”

Simply averaging out the quantities of these molecular components in the theory was not possible because the experiments were so highly precise. In explaining what this would be like, Kable discussed an experiment where the height and weight of every person in Sydney was modelled.

“We have the resolution to go and ask every individual person what their height or weight is and try to model it, not just to go and measure the average weight or height of everybody in Sydney and try to model that. So if you have a theory that tries to predict the weight and height of everybody in Sydney, then the theory’s got to be highly detailed and not just model an average,” he said.

The next step in our understanding of roaming reactions would be to develop the theory further, creating a fully predictive model, Kable said.

“If we can get the physics right in the model or the theory, then we can actually apply that model to other systems that we haven’t yet experimentally measured and predict where this reaction is likely to be important and what the consequences are. That’s the ultimate goal of science: make a measurement, explain it, and then your explanation is predictive.”

A model such as this would have massive ramifications for how scientists studied the basic physics and chemistry behind real world phenomena. For instance, the study of reaction rates, called kinetics, is extremely important in reactions that occur in gases, Kable said.

By being able to predict roaming with greater precision, scientists will then be able to predict the actual chemical products created through these gas phase reactions. Roaming has already been seen in the chemical reactions that create acid rain4 and so a greater understanding of this could have further benefits for areas such as climate change, atmospheric physics and pollution control where the interaction of chemicals in the air plays a major role.