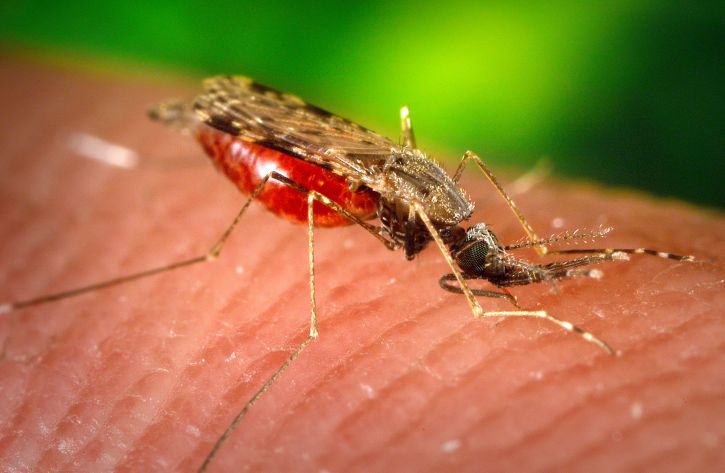 A new field test tool developed by an international team of scientists may lead to improved malaria diagnosis in remote communities by using a novel technique, detecting magnetic properties of blood infected with this deadly, global disease.

The research, led by scientists at James Cook University, examined around 1,000 suspected malaria patients in a high risk area of Papua New Guinea to test the new tool in the hope it will help eliminate the mosquito-borne disease in resource limited areas.

Malaria is caused by Plasmodium parasites and is spread by the bite of an infected female Anopheles mosquito. The disease is estimated to have caused around 229 million cases globally in 2019, with an estimated 409,000 deaths1.

The research2, which was published in Nature Communications earlier this month, describes an approach called rotating-crystal magneto-optical detection (RMOD) which was developed after years of in-lab optimisation and could be used to detect malaria-infected blood in the field in remote PNG communities.

“It’s very promising, as RMOD testing can be conducted after a short training session and provides test results within 10 minutes. From a funding perspective the cost is very low since no expensive reagents are used.”

“In our study we used WHO-accredited standard light microscopy
as the reference method. Overall RMOD detected 84 per cent of infections that were also detected by light microscopy and 88 per cent for the parasite species Plasmodium vivax,” said Dr Karl, speaking about sensitivity.

Red blood cells contain an oxygen-transporting protein called hemoglobin which contains iron and is, by itself, non-magnetic. While malaria parasites feed off the globin or protein part of the molecule, the free heme accumulates in the blood, Dr Karl said.

“Free heme is highly toxic to the parasite and thus the parasite has evolved a pathway to detoxify the heme by assembling it into a new, crystalline structure called hemozoin. Hemozoin is basically a heme polymer in which the iron is now much more concentrated (about 10 per cent of the mass of hemozoin is iron) and also oxidised to a ‘magnetic state’ of iron.”

As the parasites mature in the red blood cell, the hemezoin accumulates. This can be detected by methods such as ROMD which use magnetic fields applied to the infected blood and which affect the alignment of the hemezoin crystals, Dr Karl said.

Alternative method can be scaled up

While the magnetic properties of hemezoin have been known about since the 1980’s, RMOD took so long to discover because other, more traditional methods of malaria diagnosis were more commonly used.

“It is clearly not a mainstream approach so one of the major difficulties was to bring together physicists and biologists to seriously work on this together,” Dr Karl said.

“Physicists often don’t have easy access to biological samples or field sites and years may pass between establishing a collaboration, proving the principle, optimisation, convincing funders to be able to eventually show that something really works under real-world conditions.”

Thanks to this research however, the RMOD device has been shown to be effective and could be easily scaled up for use in remote areas.

“We think that it is quite easily possible to miniaturise the apparatus and make usage very simple. We are currently also working on increasing the throughput. We are in the process of approaching industry partners to enable these further developments,” Dr Karl said.

The hope is that the RMOD device would be used for malaria detection with the push of a button, Dr Karl said.

However Dr Karl noted that there were some challenges in the further development of the RMOD test. For instance, RMOD had difficulty distinguishing between actual malaria-infected blood and blood from individuals with prior infections due to a “background” hemezoin level found in populations within high transmission areas such as PNG.

“This is in a way similar to antibodies which are the basis of many diagnostic tests. Similar to the antibodies, the hemozoin persists in the blood for a while after the actual infection is cleared. For us, this means that in these high transmission settings the specificity to detect acute clinical infections is decreased. This is why in our study specificity was ‘only’ 82 per cent,” Dr Karl said.

There was “strong evidence” RMOD performed better in low transmission settings with a small study in Thailand finding that sensitivity and specificity were greater than 95 per cent there, Dr Karl told Lab Down Under.

“Thus, our novel method may be a valuable tool in settings that are working towards malaria elimination (which hopefully will be all areas in the world),” he said.

Another possibility was that the persistence of hemezoin in individuals could enable some sort of ‘magneto-optical serology’ approaches to conduct mass screening in malaria hotspots and transmission epicentres.

“Nowadays this is done using serological tests looking for antibodies but our method has the potential to be much faster and cheaper. We are working on further studies to prove that concept,” Dr Karl said.