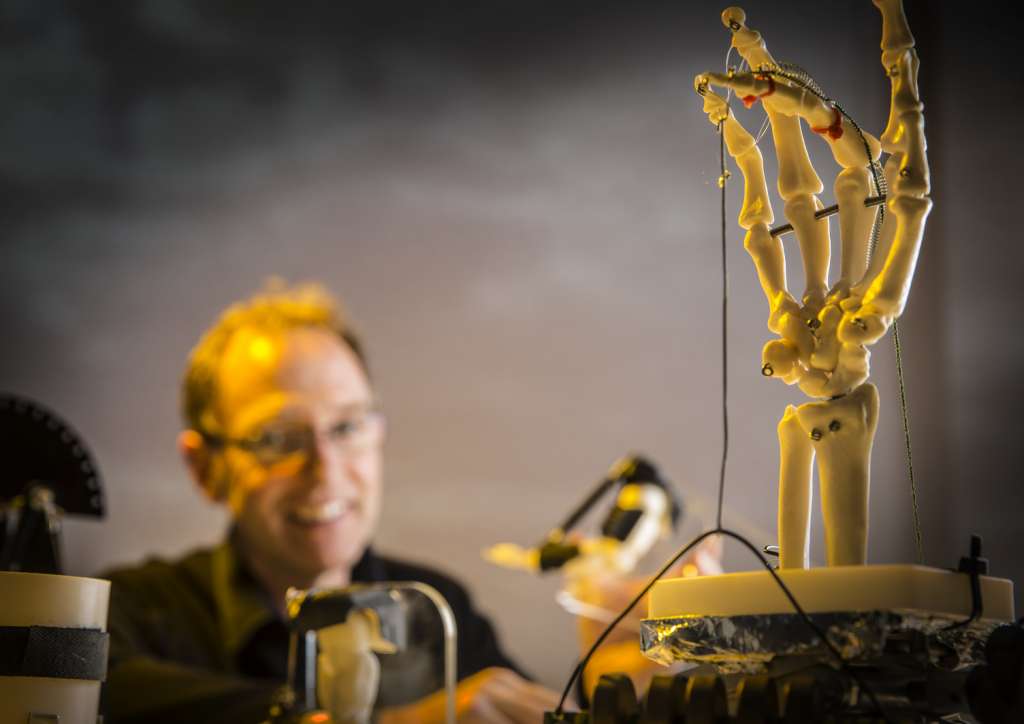 A modified carbon nanotube yarn created by an international team of scientists has led to a breakthrough in our path to finally develop fully functional, electrically powered artificial muscles that work in practical, real world situations.

The new prototype muscles work without the need for heating and cooling, with the combined carbon nanotube and polymer material instead operating like a rechargeable battery using electrochemical processes to expand and contract the material.

This new advancement was unveiled in January in a paper1 published in the journal Science and was developed by an international team of scientists including researchers from University of Wollongong and Deakin University.

“We discovered that a simple modification to the material resulted in a huge boost in the amount of contraction the muscle makes, especially at high speeds, and without the need for heating or cooling,” said co-author Dr Javad Foroughi from the Faculty of Engineering and Information Sciences at UOW.

It is the fifth in a series of papers published over the past decade which have pushed the boundaries of artificial muscles.

“Our new room-temperature muscles operate in the same way that we charge and discharge a battery, which doesn’t involve any change in temperature. Our previous muscles were a bit more like a car engine where heat is used to build up pressure and cause motion,” he said.

Professor Spinks explained that batteries function through two electrodes that are in contact with a liquid or gel-like substance called an electrolyte which contains free ions or charged particles.

“When we charge a battery by connecting it to a power supply, some of the ions become inserted into the electrode. During discharge the ions come out again and release electricity to an external circuit. These processes are a form of electrochemistry,” he told Lab Down Under.

The artificial muscles worked similarly to a battery because they were created using a twisted yarn made of carbon nanotubes that functioned as the electrodes.

“When two of these yarns are immersed in a liquid electrolyte and an external power source is connected, some of the ions from the electrolyte enter into both of the yarns causing both to swell and increase in volume. We use this swelling to power the artificial muscles,” Professor Spinks said.

Thanks to some ingenuity on the part of the researchers, prior obstacles limiting the efficiency of electrochemically driven carbon nanotube artificial muscles were overcome.

This led to two main advances in the most recent paper, Professor Spinks explained.

“Firstly, we modified the carbon nanotube yarns with a polyelectrolyte polymer which meant that the yarn swelled during the entire charging process. Without modification the yarn first swelled and then shrunk when charging from completely discharged to fully charged,” he told Lab Down Under.

The prototype itself is powered by an external power source like a battery. Luckily, only a few volts are required to keep the muscles expanding and contracting as needed.

A promising prototype but scaling up an issue

Artificial muscles which can operate efficiently at room temperature may assist in a wide range of potential applications including use in robots, medical tools, prosthetics, miniature machines and textiles which can automatically adjust to suit the wearer.

“Some applications for artificial muscles will be in contact with the human body or even inside the body. In these cases the muscle must operate at body temperature and our new discovery means that we can now do so while preserving the high performance,” Dr Foroughi said.

“This breakthrough allows us to explore applications that were not possible before, such as wearable actuating textiles.”

Professor Spinks said that more work needed to be done to see whether this prototype — which consists of a small patch of fabric — could be scaled up and mass produced in a real world setting.

“Scale up is a major issue — both in terms of making the carbon nanotube yarns and then converting them to breathable fabrics. However, the methods we have used to make small quantities are the same as used in mass manufacturing, so scaling up is possible. A proper economic analysis is needed,” he told Lab Down Under.

The international team behind this paper will continue to work on further improvements in artificial muscles and their applications, he said.

The genesis of these types of artificial muscles is a paper2 by Dr Foroughi and Professor Spinks with their international collaborators which was published in Science in 2011.