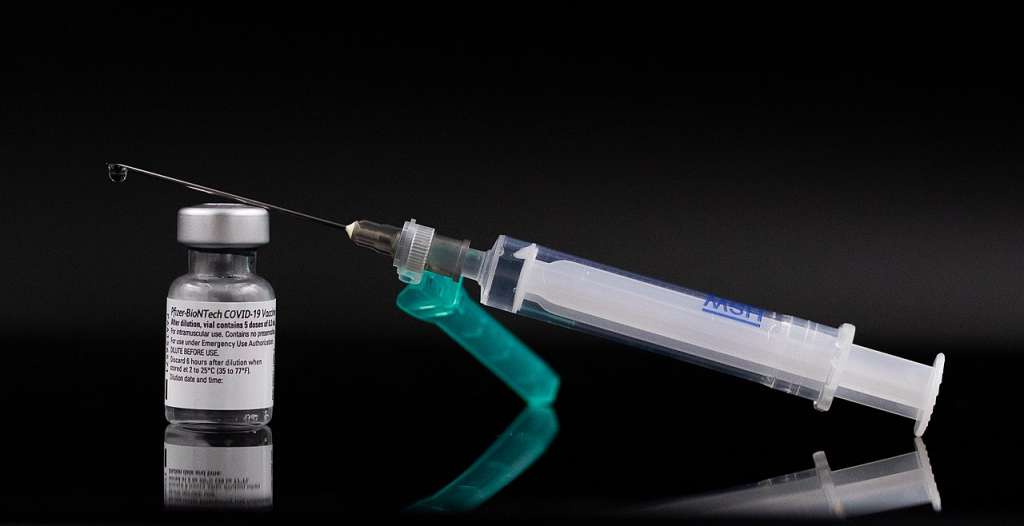 Women, those with diplomas, and those who follow “non-traditional” forms of media would be less willing to take the COVID-19 vaccine when it is rolled out in Australia, a new longitudinal study has found.

In a concerning finding, the paper1 also found those suffering from chronic disease were only slightly more likely to vaccinate against COVID-19 than the rest of the Australian population despite having a greater risk of severe symptoms from catching the virus.

These results come from a survey of over 2,300 Australians conducted by researchers at Central Queensland University and could help governments better target their promotions of the COVID-19 vaccination, said co-author and CQUniversity Medical Science researcher Dr Andrew Fenning.

At the beginning of the pandemic in April and four months later in August, researchers asked more than 2,300 participants whether they would get vaccinated “immediately” if a COVID-19 vaccine was released that had been proven to be both safe and effective.

This gender difference was one of the more surprising differences from the study, Dr Fenning told Lab Down Under.

“I was surprised by the gender difference (male vs. female) relating to vaccine hesitancy – I would have thought the responses would have been similar given the impact COVID19 has had on our way of life,” he said.

People with a tertiary degree were more willing to vaccinate with 87 per cent of survey participants giving the thumbs up to the shot. This was much higher than the 79.3 per cent of those with technical studies, a diploma or certificate who said they were likely to get vaccinated.

The study also found a divide between survey participants depending on the type of media they consumed.

While there was no connection between willingness to vaccinate and the amount of social media use itself, Dr Fenning said lower levels of approval for a vaccine by frequent users of non-traditional media on the internet was caused by the characteristics of the media itself.

“This difference potentially relates to websites, blogs, political individuals and influencers utilising mediums that provide a level of scientific legitimacy which are not fully substantiated other than direct social media platforms. The other factor relates to time spent searching and accessing the different types of media sources,” he told Lab Down Under.

“That result is a concern, because people suffering chronic disease are the group most at risk of more significant complications and hospitalisations,” said Dr Fenning.

“We need to understand why they’re not alert to that risk, and how to better inform them to protect themselves.”

Between April and August, responses showed a slight decrease in the willingness to vaccinate amongst the 575 participants who undertook both surveys, with levels falling from 87 per cent to 85 per cent. This was lower than the Australian government’s expectations that 95 per cent of Australians will get vaccinated against COVID-19.

This drop was only a “slight decrease” and was not significant, Dr Fenning told Lab Down Under.

“We felt it was important to provide the overall trend and feeling of responses in case public policy or messaging needs influencing. The overall response decreased but it also was not significant due to two important factors.”

“This potentially has associations related to the rest of Australia being relatively unaffected by the new normal of border closures and quarantine while remaining free to travel unrestricted within their own state of residence compared to Victorians contending with both border and internal lockdown restrictions. The Victorian response falling in the opposite direction to the rest of Australia means the overall decrease response is a trend and not significant.”

Limitations of the COVID-19 vaccine research

Research like this always contained limitations, Dr Fenning said, because the data was constrained by the results obtained. Being a longitudinal study, the researchers couldn’t alter the questions asked in August either. Further developments in COVID-19 vaccines could also alter future results, he told Lab Down Under.

“At the time of the publication’s sample points (April and August), it was not clear if and when a safe vaccine would be available in Australia – once the clinical trial data and more certainty around the potential candidate vaccines have become available this might influence responses in our later sample time-points.”

Further limitations included that the average age of the survey population was older than that of the general Australian population (55 years old versus 37 years old) and had a higher percentage of female respondents (66 per cent versus 51 per cent).

The research was also predominantly conducted online which also might have skewed the results, Dr Fenning said.

“We distributed the survey through existing networks and social media which means we cannot definitively say this is a fully representative sample of the Australian population.”

Despite these limitations, the findings could still help the Australian government guide promotion around the COVID-19 vaccine as it was set to be distributed among the population, Dr Fenning said.

“Public campaigns to explain and promote the COVID-19 vaccine should target women, those with chronic health conditions, and people with certificate or diploma-level education, with messaging through non-traditional media channels via reputable sources,” he explained.

“We’re already seeing these channels, like social media and internet lifestyle pages, have high rates of non-evidence-based health information – so public health campaigns are needed to reach those platforms, and address the disinformation head-on.”

Shifting attitudes towards vaccination and a rise in complacency could put people at risk, especially those with chronic disease, Dr Fenning said.

“Public health messages about the vaccine need to recognise who in the community has concerns about the roll-out and to address those concerns, to maximise vaccine uptake and minimise future COVID-19 infections in Australia.”

The survey was conducted in April, August and December last year. More research is yet to be done in this area to track further trends in COVID-19 vaccine acceptance as the pandemic evolves.

While no data has been analysed from the December survey, Dr Fenning and his team plan on conducting another survey in 2021 and potentially comparing those two data points with the April and August results from last year.

“Our survey questions were broad, ranging across mental health, chronic health, personal hygiene, knowledge of the virus, physical activity and lifestyle choices as key examples, and hence the team is working on those areas for analysis and publication.”