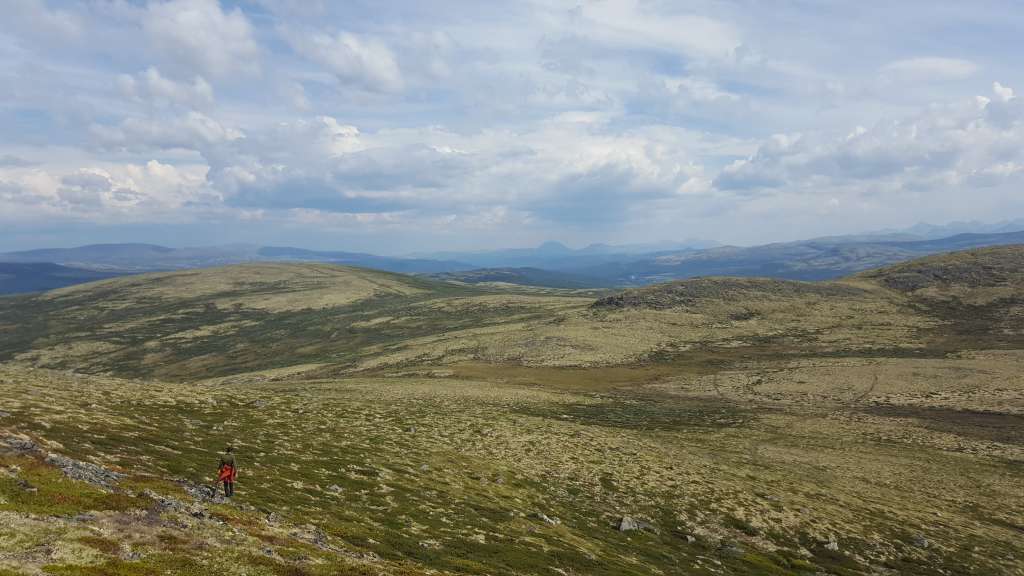 Lichens have unique abilities to protect micro-environments against temperature extremes in frigid countries such as Norway but are being threatened by climate change-induced expansion of shrubs into the region, new research has found.

In a paper1 published in the Annals of Botany in March, scientists examined lichens located in the alpine tundra of Central Norway, finding that they not only buffered the soil temperature, making it cooler, but also acted like a sponge, absorbing any rainfall and keeping the soil beneath them dry.

Lichens are coral-like organisms found on land which contain both algae and fungi. They are found worldwide and span large areas of tundra in northern Scandinavia, Russia and Canada.

Uncovering a link between lichens and the regulation of these northern climates, the researchers said lichens were at risk because of the expansion of the dwarf birch shrub, Betula nana, which was pressing into these tundra regions thanks to the warmer temperatures and changing soil conditions caused by climate change.

By forcing lichens out, scientists say that the invasion of the dwarf birch shrub could result in these environments becoming both hotter in summer and colder in winter as the regulating effects of the lichen are removed.

“Our results suggest that lichens will continue to have a large effect on microclimate until they are fully excluded by woody plant shading. That point, full lichen exclusion, may represent a tipping point in the system when microclimate extremes increase greatly,” the researchers wrote.

Lead author of the paper, Max Mallen-Cooper of UNSW’s School of Biological, Earth and Environmental Sciences, said that the effects of climate change were not going to be experienced evenly across the world with some areas such as deserts and savannas warming more quickly than others.

On small scales in micro-climates, impacts from climate change will be affected by seemingly minor factors such as tree cover, topography and whether a slope faces north or south, he told Lab Down Under.

“When temperatures rise in the atmosphere, a plant growing underneath a canopy of trees will experience less temperature change than a plant growing out in the open because the canopy provides shade and reduces evaporation from wind.”

In the far north of our planet, vast areas of tundra in Scandinavia, Russia and Canada are covered by small shrubs and shin-high lichens.

“In these cold arctic and subarctic environments, lichens and shrubs act like a tree canopy and buffer the soil temperature, which is important for microbe activity, soil invertebrates and seed germination,” Mallen-Cooper said.

Image: Star-tipped reindeer lichen (Cladonia stellaris), a common tundra lichen that can be up to 15 cm tall. Picture by Max Mallen-Cooper. Used with permission.

A battle of lichen versus shrubs

In the study, Mallen-Cooper and his team examined the buffering effects of both lichens and shrubs in the Hjerkinn Protected Landscape in Dovre, central Norway to gauge what may occur once the shrubs completely took over.

“We wanted to predict how these cold environments are going to change in the future. If the shrub-to-lichen transition continues and if shrubs are relatively poor at temperature buffering, this could potentially disrupt the soil ecosystem and trigger major changes across the entire food web.”

The primary findings were that lichen were “way better” at buffering the temperature of the soil underneath them than the shrubs were, Mallen-Cooper said.

“Lichens were bringing temperatures down by about 7°C, while shrubs were only reducing them by about 2°C. This was not unexpected, because lichens are more compact than shrubs and provide more shading.”

What was surprising though was that lichens had far better water absorption properties than shrubs and were able to completely absorb rainfall events of up to around four millimetres.

“They’re effectively sponges that can absorb two to three times their mass in water,”Mallen-Cooper said.

Water absorption is known to have a cooling effect on the soil. However it remains unclear whether the absorption seen in the lichens played a role in the temperature effects the scientists observed.

The main limitation of the study was that the temperature loggers could not be left in the ground and checked for a longer period of time.

“Sadly it was not feasible for us to leave the temperature loggers in the ground for a whole year, so we only measured temperatures in summer,” said Mallen-Cooper.

He suggested further research fill this gap, studying the temperature buffering of lichens and shrubs throughout the year, especially during the winter when buffering against minimum temperatures plays a more important role for organisms living in the soil.

The findings themselves fit into what Mallen-Cooper described as a “vast collection” of studies looking at climate change in tundra environments.

“Once we can predict changes in the tundra, we can start to mitigate any negative consequences experienced by the people and animals that rely on this ecosystem,” he said.

“One action that could arise from our findings is to protect lichens from other threats, such as reindeer overgrazing and wildfires, so they can continue to stabilise soil conditions into the future.”