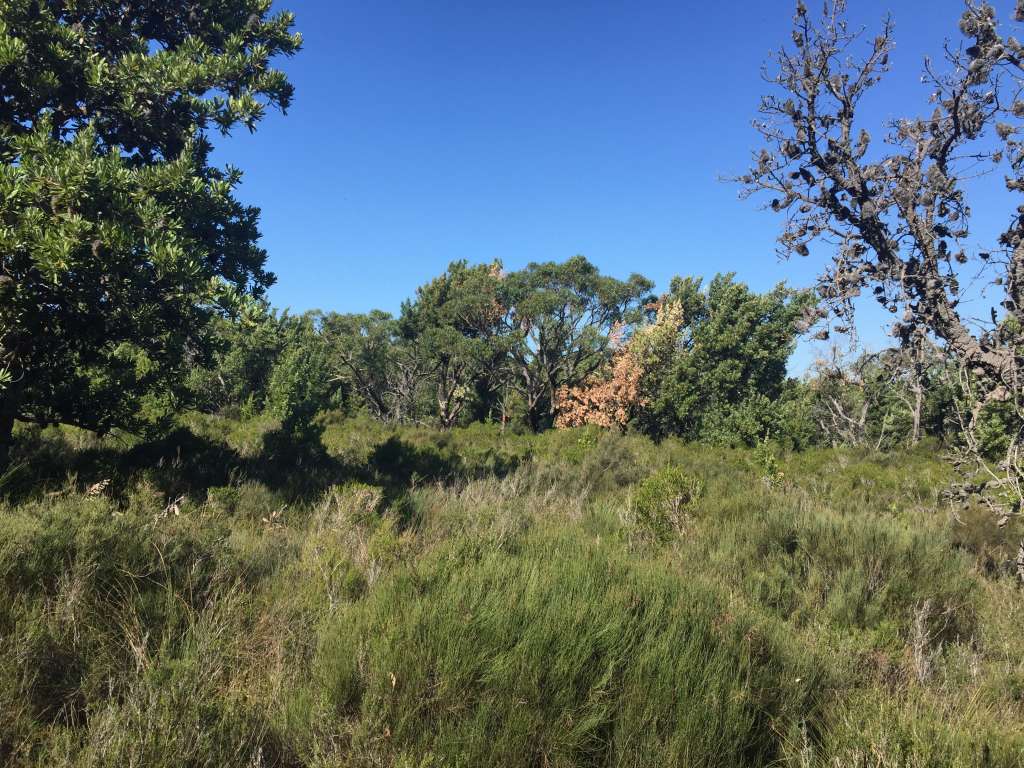 New research on fossil pollen records has uncovered the key drivers behind ecosystem and biodiversity change caused by both climate and humans, giving conservationists a better understanding of how to preserve some of Australia’s natural environments into the future.

A pair of papers published by researchers at Australian National University1, 2 examined fossil pollen in Tasmania and the south-eastern Australian mainland and discovered regional variations in the richness and turnover of flora as impacted by factors such as precipitation, sea levels, fire, and seasonality on the types of plants that flourished in ages past.

The findings revealed specific drivers of change which could be used to inform present-day ecosystem management through a greater understanding of how these environments responded to different factors in the past, said lead author of both papers, Matthew Adeleye of ANU’s School of Culture, History and Language.

“For you to be able to effectively manage an ecosystem, you need to know the history of that ecosystem. So if you understand how an ecosystem responded to fire, climactic and environmental changes as well as human activities in the past, then you can predict changes in that ecosystem in the future.”

Teasing out the strongest climactic drivers

In a world first meta analysis published last year2, Adeleye and his team examined 24 fossil pollen records across temperate ecosystems in south-east Australia, identifying periods of major vegetation turnover over the past 13,000 years as well as floristic richness changes, which measures the change in the number of plant species in a particular area at a particular time.

The fossil pollen records were chosen due to their were “high temporal resolution”, Adeleye said. This means that when sediment cores were drilled out of the earth and examined, the researchers looked at fossil pollen spaced out in 500-year intervals or less (with the age of the fossils dependent on their depth down the core sample).

This data was then compared with independent records of climate and sea level change as well as fire activity to unveil the possible drivers behind temperate south-east Australia ecosystem changes in the past.

Changes in moisture and sea level drove both turnover and richness in most regions of south-east Australia. However, ecosystems in the Bass Strait deviated from these findings with fire being the predominant driver of turnover in this region. Richness was also partially maintained by human-implemented fire activity in the Bass Strait.

These findings did not mean that factors such as moisture and fire were the only drivers of ecosystem change and diversity in south-eastern Australia, Adeleye told Lab Down Under.

“We picked individual climatic variables like temperature, sea level change, and precipitation and then we modelled vegetation change with these variables one after the other. And of course the strongest driver popped up on top while the others remained below. So it’s not that other variables were not playing any role. It’s just that there is a particular variable that was the strongest driver of vegetation change in different regions.”

A second paper published early this year1 examined sedimentary pollen and charcoal records from Cape Barren Island (called truwana by the local Indigenous people) in the Bass Strait to not only reconstruct vegetation change and fire history in the region, but to also understand the development of heathland, a key ecosystem on the island. The pollen records were also analysed to estimate floristic richness for all sites on the island.

After comparing fire histories and independent climate records, the main drivers of healthland development on Cape Barren Island during the Holocene (the current geological epoch which began around 11,700 years ago) were identified.

In the early to mid-Holocene, heathland expansion responded to sea-level rise, high precipitation, reduced seasonality and increased burning by the local Indigenous people. The late Holocene saw a change with the drivers now being increased seasonality, low precipitation, stable sea levels, decreased fire activity, and the intensification of the El Niño-Southern Oscillation.

Looking to the future, the researchers predicted that a lack of fire and increasingly dry conditions may prompt scrub and woodland expansion at the expense of heathland on Cape Barren Island.

“We recommend the use of frequent managed burning strategies to suppress scrub and woodland expansion on truwana/Cape Barren Island to promote and maintain heathland diversity,” they wrote.

The researchers say however that further studies are needed to determine the responses of different healthland species to varying fire intensity and frequency on the island.

Image: Big Reedy Lagoon, the largest catchment on Cape Barren Island on the eastern Bass Strait, southeast Australia. On the background is Mt. Munro, the highest point on the island. Picture by Matthew Adeleye. Used with permission.

Adeleye said that fossil pollen records enabled scientists to see historical trends because identifying the types of plants that the pollen came from could help determine the type of environment it lived in. An example is grass pollen as it can help identify landscape openness and dryness in the past.

“During the last ice age, if you looked at pollen records from temperate Australia, you would see a lot of grasses and other herbs. With that you can easily say that the cold climate of the ice age caused trees to decline, leaving grasses, which do not require a lot of energy to grow and can tolerate low CO2. Trees require more warmth and energy to grow,” he said.

By examining the fossil pollen record over millennia, scientists can tease out the long-term trends in climate influence and ecosystem change, Adeleye told Lab Down Under.

“Palaeoecology provides such long-term knowledge and data sets on how ecosystems have responded to different regimes of climate, fire and humans. Combining both modern ecological research and palaeoecology will then help build a more robust knowledge baseline, which will help in the management and restoration goals in valuable ecosystems, preventing the loss of biodiversity and cultural heritage.”

Further information about Adeleye’s research can be found on his personal website, ARC Centre of Excellence for Australian Biodiversity and Heritage page, Google Scholar profile and Twitter profile.