Thousands of pollutants detected in turtles on the Great Barrier Reef 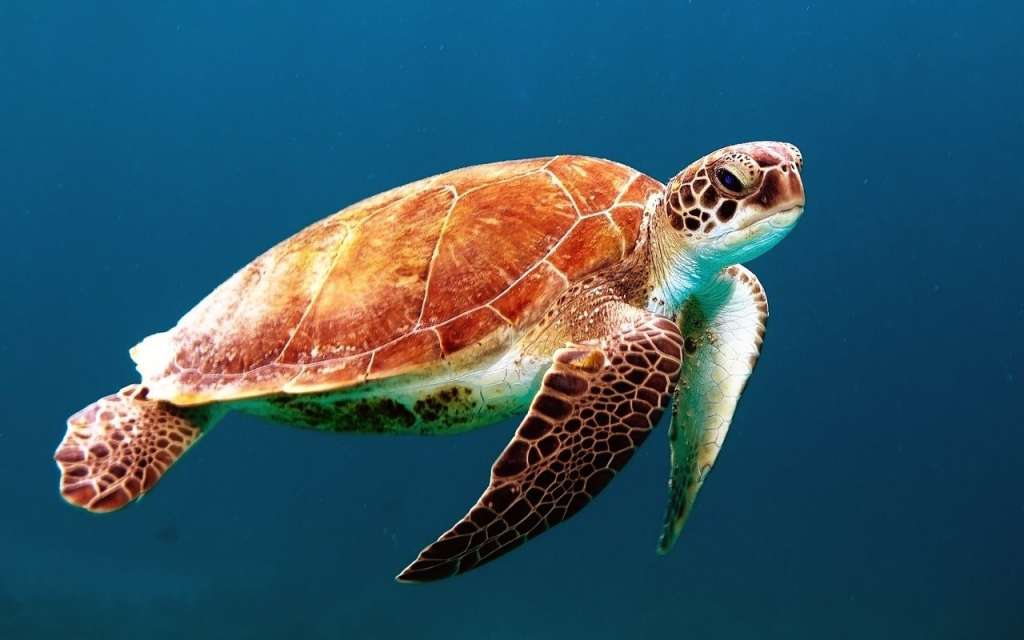 A wider range of toxic pollutants ranging from medicinal products to paint have been detected in turtles and fish living in the Great Barrier Reef with Australian scientists making recommendations on how to identify, regulate and improve chemical contamination of wildlife found in this natural wonderland.

The report, published this week1 and compiled by scientists at Griffith University and the World Wide Fund for Nature Australia, reveals that around 4,000 chemical compounds were found in coastal green turtles living on the Great Barrier Reef.

These toxic chemicals may also be accumulating in a wide range of reef wildlife, including those consumed by humans, the report found.

“We now know that thousands of chemicals are lurking within our waters, accumulating in our food and harming our wildlife. Identifying these toxic substances and understanding their effects will be the key to protecting human health and safeguarding clean, sustainable seas — in the Great Barrier Reef, Australia and globally,” the authors write.

You are what you eat

Griffith University’s Dr Jason van de Merwe is a marine ecologist and eco-toxicologist at the Australian Rivers Institute who was co-author on the report. He stressed the importance of informing the public about contamination of marine environments and seafood and the associated health risks.

“There have been tens of thousands of chemicals identified as contaminants of emerging concern but Great Barrier Reef water quality programs only screen for sediment, nutrients, and pesticides. That’s just the tip of the iceberg,” he said.

“They should be testing for commonly used chemicals – such as antifouling paint, plasticisers, flame retardants, hydrocarbons (from fuels), UV filters in sunscreens, pharmaceuticals and personal care products – and how they affect our reef and the species that call it home.”

These compounds can make their way through the food chain, including into our own food in a very literal interpretation of the idiom, “you are what you eat”.

Exposure to some of these chemicals can lead to a range of adverse effects in humans including cancer, hormonal disruption, immune suppression, respiratory and cardiovascular illness and death, the authors found.

Tackling chemical pollution on the reef

Key recommendations in the report, titled Chemical pollution on the Great Barrier Reef: An invisible threat lurking beneath the surface, included the need to identify toxic hotspots on the reef through greater monitoring.

Improved monitoring techniques should also be deployed to create an early warning system for harmful chemical change, the authors recommend.

“This knowledge will enable governments and reef managers to progress more focused efforts towards identifying the sources and effects of chemical pollution, and therefore to put stronger mechanisms in place to reduce chemical use, remediate land and regenerate coastal wetland function.”

Other recommendations include overhauling chemical identification and regulation to eliminate unsafe use and enforcing regulation to ensure industry delivers on its Reef Plan 2050 targets, which include better management of agricultural and urban land as well as wetlands and vegetation.

While the report includes strategies for the government, industry and scientists, it also lists the following helpful tips for individuals looking to reduce chemical contamination on their own:

A new chemical every six seconds

Research used in the report has shown that turtles living in the Great Barrier Reef suffer from poor health due to their exposure to these harmful chemicals.

A lot of the chemicals could not be identified in a Global Chemical Database either, partly because of the sheer number of chemicals — around 15,000 — recognised each day. This is the equivalent of one new chemical being found every six seconds.

“The fact that many of the compounds could not be identified means turtles are being exposed to new and emerging contaminants, making corrective action all the more urgent,” Madden Hof said.

Heeding the canary in the coal mine

Turtles were the “canary in the coal mine,” Madden Hof said, because these pollutants could also be impacting other marine life on the reef such as whales, dolphins, dugongs, sharks, fish, prawns and mud crabs.

Two further studies were cited in the report which found chemical contamination of two of the state’s most high profile fish, barramundi and coral trout.

“The chemicals which wash into reef waters can degrade into new compounds that are actually more toxic than the original chemicals,” Dr van de Merwe said.

“With a cocktail of so many different chemicals there is the added problem of them potentially mixing together to form new even more dangerous combinations.”

More research is required because currently scientists know very little about the toxicity of the chemicals alone and knew even less about how harmful they are when combined, Dr van de Merwe said.

“It is now vitally important to thoroughly understand which emerging contaminants are present in the marine environment, how they are affecting environmental health and what this means for the humans that depend on healthy oceans,” the authors write.