Almost 2.2 billion animals are eaten by cats in Australia each year 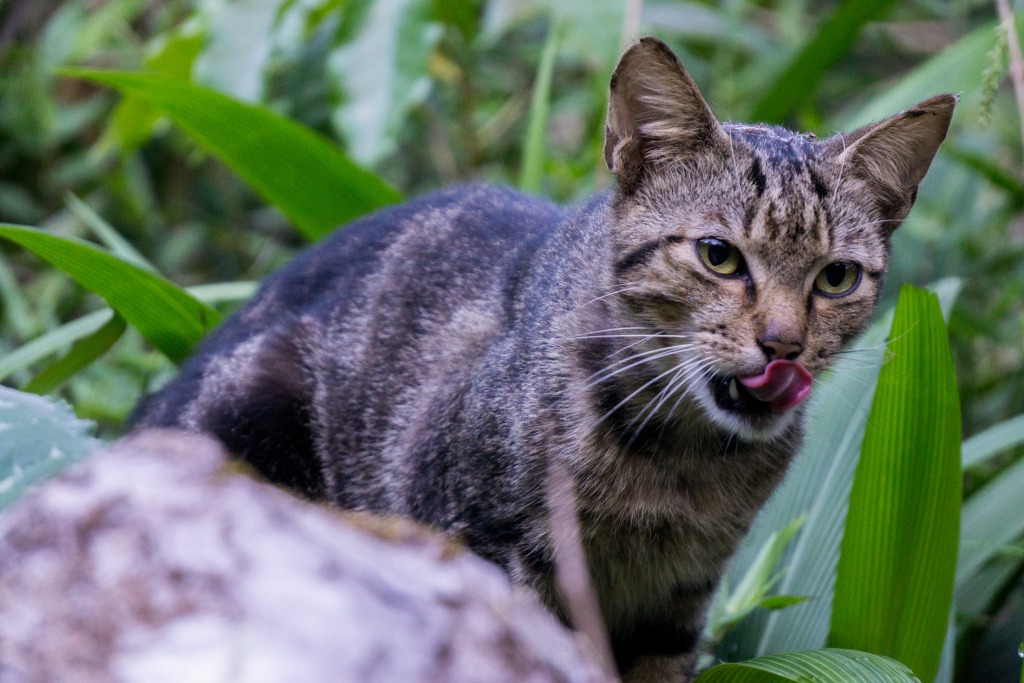 A multi-year study has shown the significant environmental impact that the domestic cat has on Australian wildlife with scientists estimating almost 2.2 billion animals are caught and consumed each year by feral, unowned and pet cats nationwide.

Scientists from the NESP Threatened Species Recovery Hub, a consortium of Australian universities, have examined the foundational research questions needed to tackle Australia’s cat problem by first estimating the number of cats located across Australia and then examining the stomach and scat contents of cats from hundreds of sites countrywide to predict the number of birds, reptiles and mammals that were eaten each year.

The studies estimate that cats are found across more than 99.8 per cent of Australia’s total land area with a population fluctuating between 2.1 million during continent-wide droughts and 6.3 million after lengthy wet periods. Looking at combined predation figures, feral cats in the wild, unowned cats living in urban settings, and pet cats were found to consume a total of 377 million birds, 649 million reptiles, and 1,144 million mammals on average each year.

A significant source of mortality

Speaking to Lab Down Under, Brett Murphy of the Research Institute for the Environment and Livelihoods at Charles Darwin University said there was plenty of evidence to suggest that cats were the primary source of mammal deaths in Australia.

“About 10 per cent of our native mammals are extinct and we think that a large part of that is due to predation by cats. We know that cats have a really big impact so it’s hard to see that other sources of mortality would have anywhere near as large an impact as cat predation,” he said.

Murphy was lead author for the group’s research paper on cat predation and mammal deaths, entitled Introduced cats (Felis catus) eating a continental fauna: The number of mammals killed in Australia, and also assisted with the research papers on cat numbers1 and mortality rates of birds2 and reptiles3.

“We’re increasingly realising that it’s not just mammals. A lot of birds are threatened by predation by cats and potentially reptiles as well. We have less information for reptiles and generally reptiles haven’t declined as much as birds and mammals but there’s increasing evidence that cats are having an impact on reptiles too,” he said.

Murphy said while the total base rate for animal mortality was difficult to estimate and that it was also difficult to tell exactly what percentage of deaths were attributable to cats, it seemed likely that cats along with foxes were the primary source.

The figures in the research papers were conservative too because they only looked at animals eaten, Murphy said, pointing to a 2015 study which found that 28 per cent of animals killed by cats were not actually consumed4.

One surprise that emerged from the research was the relatively low density of cats predicted around Australia, said Murphy. With 2.1 to 6.3 million cats estimated around the country, this put the Australian Government’s 2015 targets of culling two million feral cats by 20205 on shaky ground.

The research found that in natural environments, the average density lay between one feral cat for each 1.43 km2 and one cat for each 5km2. Despite these low densities, the high mortality rate for small animals shows that a single feral cat can have a significant impact on the population of small animals in its hunting zone.

“It really shows that cats are excellent predators, particularly of small mammals. They really love small mammals. So one cat potentially has a huge impact,” Murphy said.

Breaking the numbers down, the research found that in natural environments an individual feral cat consumes an average of 393 mammals, 225 reptiles and 129 birds per year. This equates to an average of 747 animals killed each year, or just over two animals per day.

While these numbers were lower for unowned cats in modified environments as well as pet cats, the number of kills was still significant. For instance, pet cats were found to consume on average 46.4 mammals, 13.6 reptiles and 15.6 birds per year. This equals an average of more than 75 animals killed by each individual pet cat annually.

Dealing with the “cat problem”

Murphy told Lab Down Under that while these predation studies supplied some foundational information, there was a need for further research to be done on how to efficiently control Australia’s feral cat problem.

“We really don’t know what to do about the cat problem so there’s an urgent need for governments to adequately fund research into the ecology and management of cats. Without this research, we simply don’t know how to protect our wildlife from cat predation.”

Cat baiting is the main solution for land owners and managers however it can be expensive and not that effective. Further investigation was needed into other possible solutions such as manipulating fire in a way that protects small animals without making predation by cats easier, Murphy said.

“There’s a lot of evidence from Northern Australia that cats like to hunt in burnt areas. Areas burnt by bushfires are a really great habitat for cats. They can pick off wildlife there very easily because there’s very little shelter. So we could potentially manage fire in a way that maintains shelter for small mammals which disadvantages cats.”

Raising public awareness was also an option as it could lead to greater funding to resolve the feral cat problem through research and then action, Murphy said. There had not been as much resistance to the idea of controlling feral cats from the Australian public either, he added.

1 Enumerating a continental-scale threat: How many feral cats are in Australia? by Sarah Legge, University of Queensland

2 How many birds are killed by cats in Australia? by John Woinarski, Charles Darwin University

3 How many reptiles are killed by cats in Australia? by John Woinarski, Charles Darwin University

4 Feral Cats Are Better Killers in Open Habitats, Revealed by Animal-Borne Video by Hugh McGregor of the Australian Wildlife Conservancy.