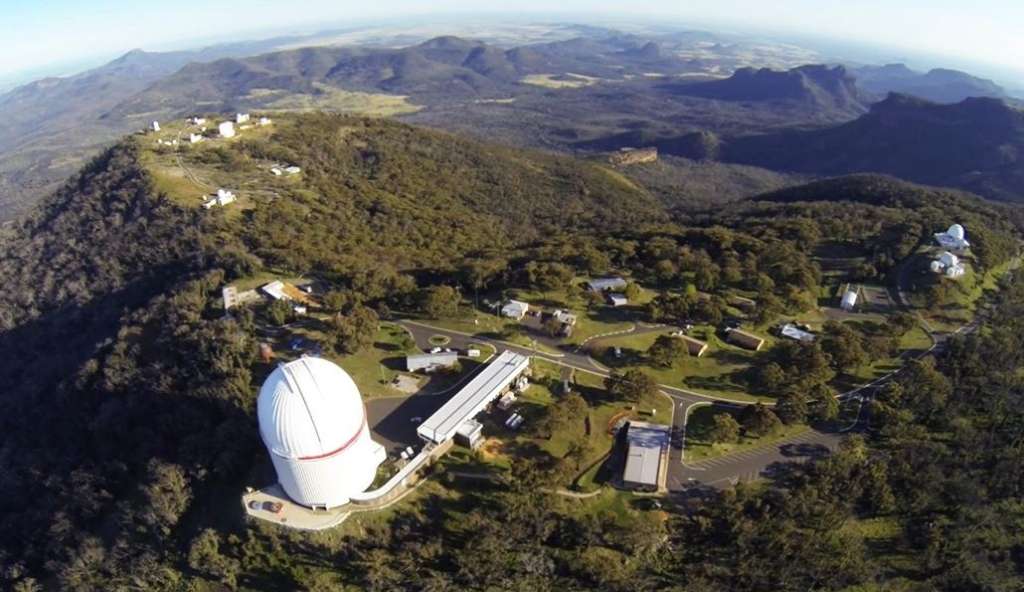 Understanding the swirling dance of distant galaxies has just become easier with a landmark data release by the Australian-led SAMI Survey giving astronomers all over the globe unparalleled insights into the past, present and future of more than 3,000 galaxies.

The SAMI Survey compiled a large volume of information using custom-built equipment to probe the spectrum of 3,068 galaxies, offering insights into the evolution of both the galaxies themselves as well as the stars within.

The third and final release of the SAMI Survey was included in a paper1 accepted by peer-reviewed journal, Monthly Notices of the Royal Astronomical Society, last month and concludes a seven-year research project ongoing since 2013.

The survey itself allows astronomers to see the internal structures of these galaxies and has already produced some surprising results, said lead author Professor Scott Croom from ASTRO 3D and the University of Sydney.

“The sheer size of the SAMI Survey lets us identify similarities as well as differences, so we can move closer to understanding the forces that affect the fortunes of galaxies over their very long lives,” he said.

Using the Sydney-AAO Multi-Object Integral-Field Spectrograph (SAMI), scientists were able to observe 13 galaxies at a time, quickly building up to the total 3,068 galaxies ultimately surveyed.

The survey was done in two parts. The first used data from the Australian-led Galaxy and Mass Assembly (GAMA) Survey and examined galaxies in less crowded regions of the universe that contained a handful of nearby galaxies. The second looked at galaxies in eight galactic clusters which contain several hundred galaxies within a relatively small volume.

“In these two regions, we used what we knew about the mass, distance from Earth, and other properties of the galaxy to select targets to observe with SAMI,” co-author of the paper, Dr Matt Owers of Macquarie University’s Department of Physics and Astronomy told Lab Down Under.

“This selection was a complicated process where we needed to account for variables such as whether the galaxy emits enough light for our instruments to receive enough signal to detect interesting features, and whether we would be able to get enough galaxies of each mass to perform statistical analyses.”

SAMI itself is connected to the the four-metre Anglo-Australian Telescope (AAT) at Siding Spring Observatory near Coonabarabran, NSW. The telescope is operated by the Australian National University while the SAMI Survey itself is overseen by the ARC Centre of Excellence for All Sky Astrophysics in 3 Dimensions (ASTRO 3D).

SAMI uses bundles of optical fibre to capture and analyse bands of light known as spectra at multiple points in the galaxy, forming what is described as “3D integral field data cubes”.

For an everyday example of spectra, we witness at least the visible spectrum every time we see the colours of a rainbow. SAMI gathered the different “colours” of light coming from these galaxies, with the data also including non-visible light such as radio waves and infrared which fall outside what we can physically see with our eyes.

The “cubes” contained several thousand images showing the same galaxy at slightly different wavelengths of light in a process known as “spatially resolved spectroscopy,” Dr Owers said. Think of this as having multiple photos of something that show just blue, red and green light for each image.

The spectrum itself was a “very powerful feature of an astronomer’s toolkit,” Dr Owers told Lab Down Under.

“It allows us to measure the velocity of an object (through the shifting in wavelength of known features due to the doppler effect), the number of new stars that a galaxy is producing per year, the average ages of stars in a galaxy and the abundance of heavy elements relative to hydrogen, and whether some event has caused a galaxy to stop forming stars abruptly within the last billion years or so.”

The vast amount of data contained in the SAMI Survey allows astronomers to better understand how galaxies form and change over time, and provides clues around why galaxies look the way they do, Dr Owers said.

Every galaxy is unique, with different bulges, haloes, disks and rings. Some are still creating new stars while others have not undergone star formation for billions of years. There are also external environmental affects to consider such as feedback loops fueled by supermassive black holes.

The SAMI Survey was commenced to examine why galaxies are so different in properties such as their shape and star formation through the collection of accurate data, Dr Owers told Lab Down Under.

“A key ingredient to understanding this is to make accurate measurements of various properties at many locations across a galaxy by using spectroscopy, and that is what SAMI allowed us to achieve for 13 galaxies at a time​. This last part is key, because it allowed us to increase the speed by which we could make our observations, and meant that we could collect these data for a 3000-strong sample, which was not possible ten or so years ago.”

The importance of galactic clusters

Dr Owers told Lab Down Under that investigating clusters was important because it enabled scientists to see how galaxies survived in some of the “most hostile galactic environments” in the universe.

Researchers had known for a while that galaxies such as the Milky Way in relatively empty regions of space were different from those in “inner city” galactic clusters where density was higher.

“Galaxies in lower density environments tend to be disk-shaped and forming new stars, like our Milky Way which forms two to three new stars every year. On the other hand, galaxies in dense clusters tend to be more football-shaped, and have not formed new generations of stars for billions of years.”

Data from SAMI shows what happens when galaxies fall into these clusters, dragged there via gravity from lower density sections of the universe. The survey shows that the outer parts of galaxies which are newcomers to the clusters had created stars for the past billion years but were not currently producing them.

“This revealed that galaxies that fall into a cluster have their star formation ‘quenched’ via an interaction with the environment. Our best hypothesis for the cause of that quenching is the interaction of the galaxy’s gas with the very hot 10 million degree atmosphere of the cluster,” Dr Owers said.

“As the galaxy speeds through the atmosphere at about 10 million kilometres per hour, it feels a wind, much like the wind you feel when you stick your hand out of a car window at 100km/hr. The wind is so strong that it strips the outer laters of gas from the galaxy.”

With no gas left, these galaxies begin to die because new stars can no longer form, Dr Owers said.

Data collected in the SAMI Survey has already been used in dozens of scientific papers, with several more on the way to being published.

New findings include that the direction of a galaxy’s spin depends on the galaxies around it and that the amount of a galaxy’s rotation is dependent on its mass and independent of its neighbours’.

While SAMI has been very successful at achieving its goals, there is plenty more information to collect, Dr Owers said. For instance, the survey only looked at the inner parts of the eight clusters investigated.

“One avenue that will be explored with the new Hector Galaxy Survey, that is slated to begin this year, is in the outer parts of these massive structures where the immense gravity from the cluster is drawing in surrounding matter from lower density regions. Our new survey will help us to understand what galaxies look like before they are drawn into the more violent inner parts of the clusters.”

Hector is a new Australian instrument which will be installed in the AAT at Siding Spring. It will commence operation this year and, when fully installed, will be able to survey 15,000 galaxies.

The public release of this data can be found through Australian Astronomical Optics (AAO) Data Central. The paper itself has 41 authors from Australia, Belgium, the USA, Germany, Britain, Spain, and The Netherlands.