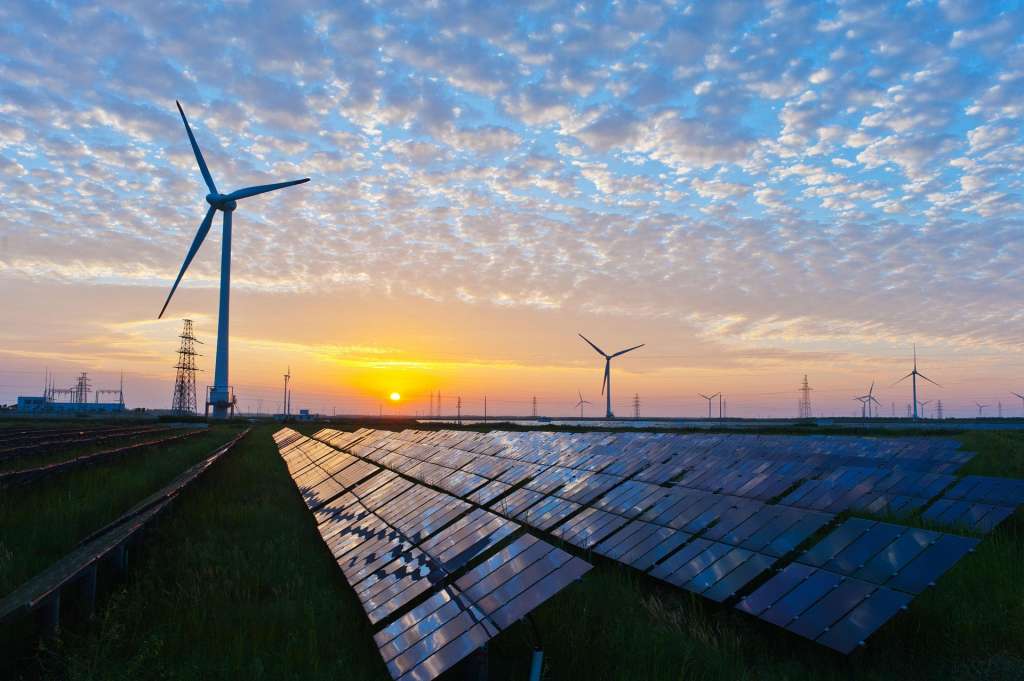 In order to switch to a 100% renewable energy economy, governments around the world would have to bring in policy and technology that allows for a drastic electrification of our energy infrastructure plus invest in synthetic fuels if we are to combat climate change without destroying all forests on the planet in the process.

These are the findings of a new paper1, published in the journal Energies in November, which looked at how much land usage a 100% renewable energy infrastructure would require. To do the international team of researchers created the Renewable Energy Equivalent Footprint (REEF), an alternative way to calculate our energy footprint in a sustainable future.

The REEF is designed to sit alongside ecological footprint measurements such as the carbon footprint, which calculates how much land area would be required for forests able to suck up carbon emissions created through a particular technology, industry or product.

While there is a consensus that the world needs to shift towards renewable energy such as solar and wind, it is important to remember that these technologies will themselves take up land area, said lead author Professor James Ward of the University of South Australia.

Renewables, land usage and the REEF

While the carbon footprint examines land usage required from current carbon emissions, the REEF instead looks at future energy needs if world governments manage to switch to renewables but maintain their population’s current energy consumption levels.

“We all know that we need to solve this carbon emissions problem. Well, let us assume that we all agree on that point — that we need to solve it. What would it look like on the other side of that solution? Because the renewable energy that will be required fundamentally to displace fossil fuels and deliver our energy needs, it takes up some physical space as well,” Professor Ward said.

Simply focusing on carbon footprint alone could be misleading, he told Lab Down Under, because carbon footprint ignores the land usage for renewables that would be needed on top of the area required to drain the carbon emissions from the atmosphere. The REEF instead offered a “more complete” picture, Professor Ward said.

“Without the REEF, we could be led to believe that if we solved carbon, we suddenly have a vision for a sustainable future,” he told Lab Down Under.

“I’m a staunch advocate of a 100% renewable future but at the same time we need to account for the fact that that has an environmental footprint and that environmental footprint relates to our consumption of energy. And so the benefit that this brings is it allows us to develop, even in a fairly crude way, some estimate of what that footprint might look like and how that relates to our consumption.”

The REEF splits energy consumption into an electric and fuel component. Fuels presently account for around 78% of consumption on our planet. The REEF looks at land usage for electricity production from solar, wind, etc as well as the land required to create a continuous flow of energy from fuels such as biomass.

For both electricity and fuel, the REEF also includes the energy return on energy invested (EROI) — essentially how much energy you require to create these types of renewable energy, e.g. to grow the plants for biomass or to produce a solar panel, before they actually produce anything.

The main finding of the paper was that there was not enough biocapacity on the planet to use current technology to meet our present day energy consumption. Instead, the researchers suggested two solutions: a move to radically electrify our energy supply, ensuring at least 75% of consumption comes from electricity generation and not fuel, and a switch to synthetic fuels over “greener” options like biomass.

At present, roughly 78% of the world’s energy supply was produced through fuels such as petrol and natural gas, Professor Ward said. Converting these to biomass was not an option as biomass is an inefficient way to harvest energy from sunlight and its EROI is quite low. Replacing our current fuels with biomass would “gobble up” all the world’s forests, he told Lab Down Under.

“Anything that is able to swing the balance in favour of electrification is going to make this a much, much easier problem to tackle, or a more reachable solution,” he said.

This could include wider usage of electric cars and the electrification of certain industrial processes. Furthermore, electrical energy could be used to produce synthetic fuels such as hydrogen, nitrogen or capturing carbon from the atmosphere, Professor Ward said.

Synthetic fuels are in their infancy however, and present challenges in terms of storage, transportation and price points which mean they are yet to experience widespread use around the world.

Video: Lab Down Under talks with Professor James Ward about the REEF and what it means for humanity’s future.

The researchers highlighted five exemplar countries — Argentina, Greece, Spain, Cyprus and Portugal — as “a useful starting place” for governments in developing their own country’s energy policy.

In the paper, the researchers looked at the human development index of each country and compared this to their energy consumption. The five exemplars had an HDI that was satisfactory, above 0.8, and had an energy consumption level that could fit on the planet if it was rolled out globally.

In comparison, Australia has a high HDI but also has one of the highest rates of consumption per capita in the world.

“Australia is an example of a country with a very high HDI value but our level of consumption is just too high. We couldn’t roll that out to the rest of the world,” Professor Ward said.

The five exemplars could be used to as a realistic starting point for developing energy policy in the present and reach a 100 per cent renewable energy infrastructure in the future, the researchers said.

“These sorts of countries wouldn’t be a bad place to start if we wanted to paint a picture of what that future might look like. It’s not going back to the stone age. It’s basically looking at what are some reasonably grounded examples of levels of consumption that might be representative of a future that everyone can aspire to,” Professor Ward told Lab Down Under.

However, even these five exemplars needed work to form a 100% renewable economy and would still have to undergo the radical electrification suggested by the researchers.

Optimism despite a mammoth task

Despite the immense task ahead of humanity as a whole, Professor Ward said that he still remained optimistic about the future.

Expanding on Al Gore’s Two D’s, denial and despair, referred to in the documentary An Inconvenient Truth, Professor Ward added delusion as a third way in which individuals can be prompted into inaction regarding climate change.

“In our efforts to avoid denial and despair, it can be easy to become starry eyed looking at techno-fixes and thinking that we just need the right technology to come along and some sort of miracle renewable energy and some miracle battery and everything will just be okay and we don’t need to change anything. And I think that’s really dangerous.

“We actually need to find our hope for the future… We need to find it somewhere in between those three D’s. So am I optimistic or pessimistic? I’m optimistic that there’s a future there that is sustainable and desirable for everyone.”

However, this did not mean that energy consumption levels could remain as high as they were in Australia or the United States, Professor Ward said, saying that the world should instead look to the exemplar countries highlighted in the paper.