A win-win: Cattle farms can make a profit and protect biodiversity, research shows 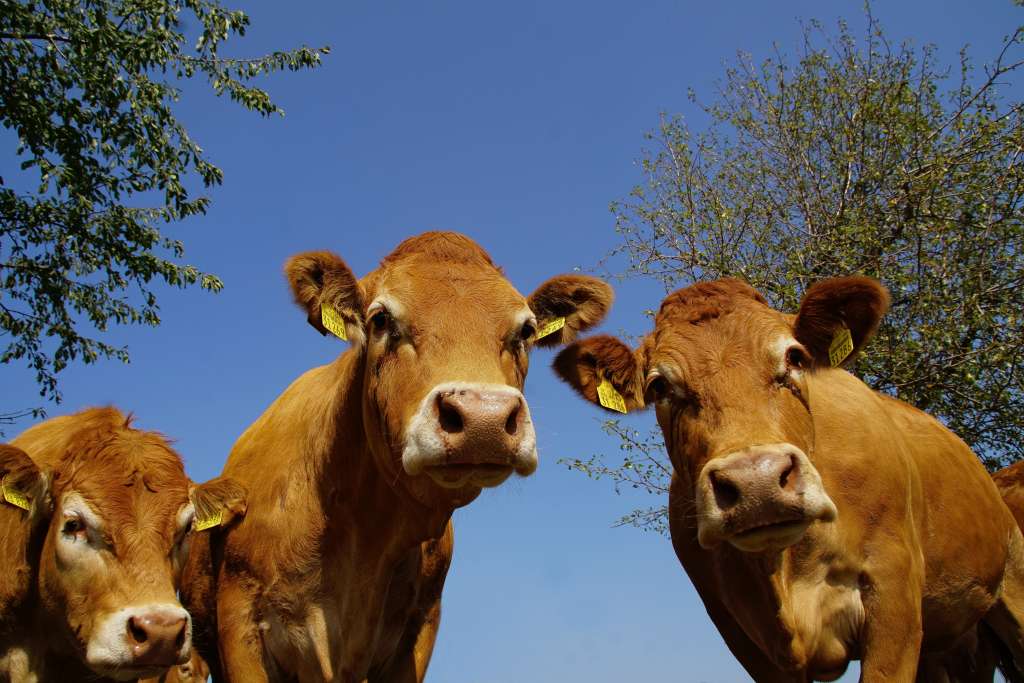 A series of landmark studies have shown grazing strategies which best protect biodiversity are also the most profitable for cattle farmers, in a win-win outcome that shows how these farms can complement the conservation work already done by Australia’s national parks.

Scientists at James Cook University were granted access to the Queensland Department of Agriculture and Fisheries’ Wambiana Grazing Trial. This allowed the researchers to conduct Australia’s first dual profitability and biodiversity analysis comparing different grazing strategies used by farmers in Queensland and their effects on mammals, birds, reptiles and invertebrates, and ultimately publish eight papers between 2016 and 2020.

The overall outcome was that the heavy grazing strategy, where more cattle are placed in a paddock than can optimally be supported, was not only worse for biodiversity but actually brought in less profit for farmers than more moderate and variable strategies.

While it seems obvious that well-managed properties better protected biodiversity, Schwarzkopf told Lab Down Under that actually quantifying these results was important. The win-win outcome showed precisely how livestock grazing, which currently takes up over 25 per cent of global land use1, could be managed to better assist with conservation, she said.

Maximising biodiversity for every land use

The research commenced with a paper published in Rangeland Ecology & Management in 20162 which explained why rangelands used for livestock grazing had the potential to complement protected areas such as national parks when it came to conserving biodiversity.

Because cattle grazing takes up such an enormous percentage of land use worldwide, doing a “little something” on these agricultural properties could aid biodiversity of plants and animals, including those not found in national parks, Professor Schwarzkopf said.

According to a report submitted to the Federal Government in 2006 on the funding and resourcing of Australia’s national parks and protected areas3, only around four per cent of the country is national parkland with a further six per cent designated as protected regions such as conservation areas, nature reserves, and indigenous protected areas.

The JCU studies looked at different grazing strategies, determining the relationship between the biodiversity of mammals, reptiles, birds and invertebrates and overall profitability.

The long-term carrying capacity is defined as the average number of animals a paddock can support over a defined period4. The actual capacity depends on a number of variables including land types, land condition, climate and feed accessibility.

A fifth grazing strategy used at Wambiana, varying the number of cattle based on the southern oscillation index predictions for rainfall, was not examined in the JCU papers however.

Wambiana rents 1,000 hectares to DAF, which has conducted controlled grazing experiments there on the profitability of different grazing strategies for the past 18 years.

Trading out the trade-off

Professor Schwarzkopf told Lab Down Under that the research was commenced with the expectation that there would be some kind of trade-off such that grazing strategies that were good for biodiversity would be less profitable for farmers.

“We thought maybe one of the intermediate strategies would have the best biodiversity and we could tell farmers that if they lost this much profit, there would be this benefit to biodiversity, so this is how much it would cost to maintain high biodiversity,” Professor Schwarzkopf said.

“But instead we found that the best, most profitable grazing strategies — three out of the four — were also the best for biodiversity. The three varied a little bit, so the variable strategy was a bit worse for biodiversity than the rotational and moderate, but the profitability was almost indistinguishable between them. So basically it works out that three of the strategies were good.”

The finding that heavy grazing was the worst in both areas contradicted a common farming belief that overgrazing was required to make money.

“Grazing heavily had the lowest profitability. And it’s because when there’s drought, the farmers have to feed the cattle. That costs a fortune and they don’t recover from that,” Professor Schwarzkopf said.

A complex web of animal responses

While the research found that biodiversity overall was high for anything other than heavy grazing, how particular types of animals responded varied across the different classes.

For instance, heavy grazing generally impacted reptile biodiversity, with this effect being more pronounced during drought years5. However, the resilience of reptiles to grazing depended on whether the species lived on the ground or in trees6 with tree-dwelling species being more resilient.

The response of birds to each grazing strategy was more complicated7. Ground-dwelling birds were in general more negatively impacted by heavy grazing. However, this effect varied from species to species with numbers of red-backed fairy-wrens decreasing in heavy grazing treatments while numbers of Australian magpies increased for example.

Two different mammal studies were also conducted. One found that the tree-dwelling common brushtail possum was resistant to the heavy grazing strategy but preferred certain vegetation types8. The other paper looked at the rufous bettong9, which the study found avoided heavy grazing areas.

When examining invertebrates, the JCU researchers discovered that ants dramatically increased their numbers in response to heavy grazing10.

A major barrier to conservation on rangelands was the view of both farmers and conservationists that the only way to have good wildlife outcomes was to reduce profitability, Professor Schwarzkopf said.

A further hurdle is that most prior studies examined the difference between ungrazed and grazed land, which was not particularly useful when having a conservation with farmers, she added.

In addition to the particular grazing strategy used, there were a number of ways rangeland managers could improve biodiversity, Professor Schwarzkopf said. This includes not clearing the native trees away and having a distributed water supply to prevent cattle destroying the vegetation next to water holes.

Professor Schwarzkopf said that further research was needed to test grazing strategies elsewhere in Australia to see if the same trends could be seen in farms across the country.

The papers were funded by Meat and Livestock Australia and the Holsworth Wildlife Research Endowment with support from the Queensland Department of Agriculture and Fisheries.