Fossil pollen: Linking the planet’s past, present and future 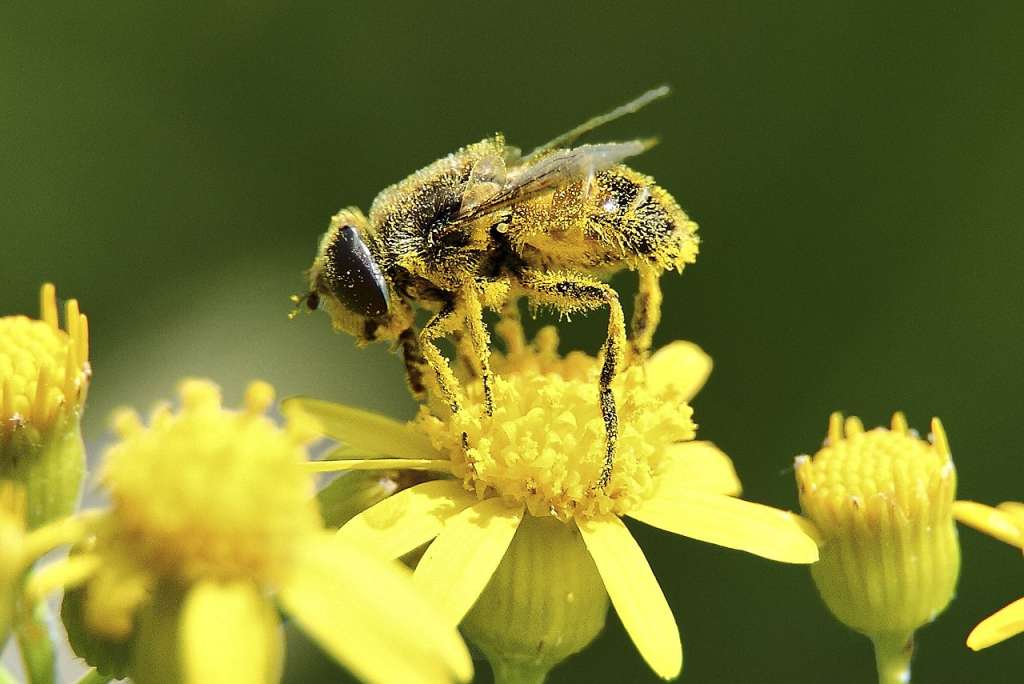 While fossil pollen can help scientists learn more about the types of plants found in our ancient past, current techniques can make them difficult to identify. Australian scientists have developed a new method to help with this, using present day living pollen to uncover more information about their ancestors in the past and spot environmental trends in the future.

In a recent paper1 published in Review of Palaeobotany and Palynology, researchers from the Australian National University examined how present day pollen from myrtle trees found in Tasmania can help identify fossil pollen specimens that have been unearthed in the same location.

During the early stage of his PhD, Matthew Adeleye of ANU’s School of Culture, History and Language was spurred to conduct this research after trying and failing to separate out some types of pollen from the Myrtaceae family, also known as the myrtle family, a large group of flowering plants found across the Southern hemisphere.

There are currently over 2500 species of Myrtaceae in Australia which are found in a number of locations, including woodlands, rainforests, heathlands and swamps. Some of the most well-known genera of Myrtaceae include eucalyptus, bottlebrushes and paperbarks.

Adeleye told Lab Down Under that initial difficulties in separating the different types of Myrtaceae pollen led to a small, unpublished study where he tried separating the pollen of the Melaleuca genus (commonly known as paperbarks). This helped him understand how examining the variability in Melaleuca pollen may assist with identifying species in fossil specimens.

“We then decided to conduct a similar, but robust study on some other major Myrtaceae species, considering the fact that Myrtaceae pollen are mostly poorly identified in fossil pollen records due to their similar appearance,” he said.

Because Australian flora includes a large share of Myrtaceae plant species in different environments, there was also a need for a better identification guide that could help scientists separate fossil pollen species out and promote a better understanding of past vegetation and environmental changes.

“The knowledge of the past will in turn aid in the projection of future vegetation and environmental changes. For instance, understanding the biogeography of Myrtaceae species and their associated ecosystems under varying fire and climatic regimes and human land use in the past can aid in future conservation and managements of certain ecosystems, as well as aid in the identification of potential ecosystems of conservation value.”

For the research, pollen was selected from 23 Myrtaceae plants found in the Furneaux Group, a collection of approximately 78 islands located to the northeast of Tasmania. The largest island in the group is Flinders Island.

“We selected this region due to the richness in ecosystems of conservation value such as heathland and scrub, which has been understudied. These ecosystems are also rich in Myrtaceae species,” Adeleye said.

The pollen itself was sourced from the Australian National Herbarium in Canberra.

At least 20 pollen grains were photographed for each plant chosen. After the physical features were measured, 11 pollen types were found. In general, these types corresponded to different genera while some could even be used to identify individual species.

The characteristics were then compared with fossil pollen specimens, also sourced from the Furneaux Group, which were approximately 40,000 years old.

Image 1: Several varieties of Myrtaceae pollen examined in the study. Pictures by Feli Hopf, Centre of Excellence for Australian Biodiversity and Heritage, ANU. Used with permission from the ANU Data Commons.

A tool for wider understanding

Adeleye told Lab Down Under that modern day pollen could be used to identify their fossil counterparts despite the evolutionary hand of change forcing plants to morph and adapt over time.

Any actual evolutionary changes were minimal during the Quaternary period (approximately the last 2.6 million years), and especially so within the last 20,000 to 50,000 years which is when the fossil pollen studied were from.

“As demonstrated in our study, we can see similarities between modern pollen and fossil pollen spanning up to about 40,000 years ago,” he said.

Evolutionary changes were mostly considered when looking at plants and pollen in the pre-Quaternary era, he said. In this time period, pollen was described using morphological/generic names rather than the use of any particular plant species.

The technique uncovered in this research can now be used by palynologists and palaeoecologists studying fossil pollen in other locations, Adeleye said.

“One of the main messages from the study is that the same approach we used in separating Myrtaceae pollen in fossil records in the Bass Strait region based on modern Myrtaceae pollen morphology can also be applied in other regions,” he told Lab Down Under.

However, he noted that the technique may not work universally as some fossil pollen may not be separable from other species or may be poorly preserved. Furthermore, some species growing presently at a particular site may be absent in the past and vice versa, Adeleye said.