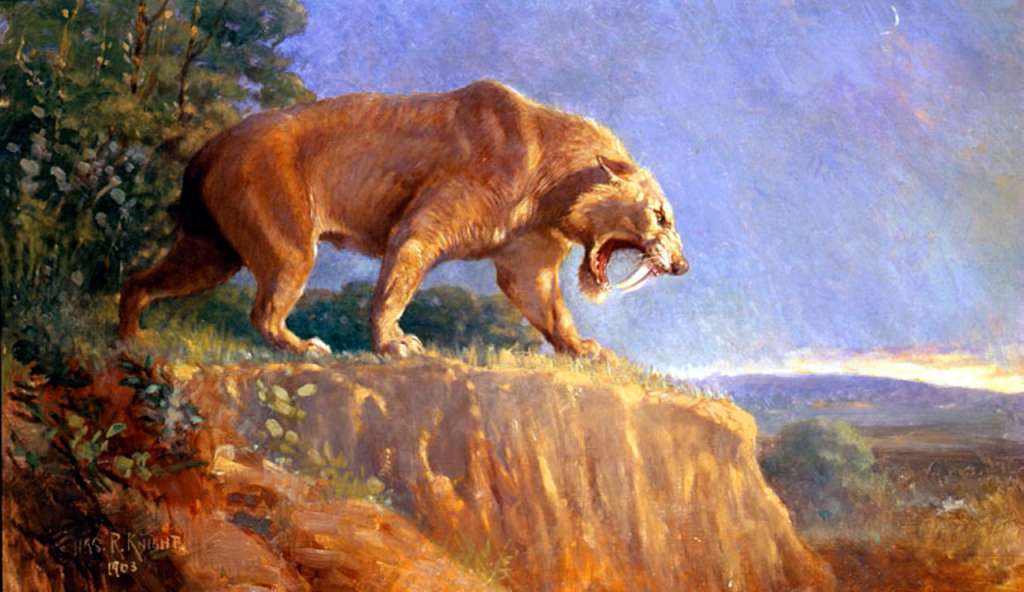 From giant cats to massive armadillo-type creatures, the giant megafauna that roamed our planet millions of years ago were a fascinating and diverse group of animals that thankfully lived recently enough that they can be studied by scientists using gene sequencing techniques.

In a new paper1, scientists from the Queensland University of Technology and Universiti Teknologi MARA in Malaysia have enhanced the toolkit which they use to investigate these extinct animals, allowing them to reach a clearer picture of where in the evolutionary family tree specific mammals actually sit.

The researchers created an enhanced way to analyses mitochondrial gene sequencing to essentially obtain a clearer signal from the information contained within DNA extracted from an animal specimen which had been dead for hundreds of thousands or millions of years to better pinpoint its species, genus or family of the animal.

“In the past, we might have got mitochondrial DNA from some of these animals, had a go at getting relationships for it or understanding where it sits in the tree of life, and been a bit confident. Whereas I think now we can be a bit more confident,” said lead author, Associate Professor Matthew Phillips of QUT’s School of Biology and Environmental Science.

In an interview with Lab Down Under, Professor Phillips explained that there were actually two types of gene sequencing, mitochondrial and nuclear, which were used to analyse the DNA of both live and extinct animals.

The cell nucleus is the centre of the cell. It contains the vast majority of our genetic material and is used to control gene expression and mediate the replication of DNA. Mitochondria are little organelles brought into cells around a billion years ago, and are the energy powerhouses of the cell. They contain an “evolutionary remnant” of left over DNA which is involved in the key proteins used in our energy cycles.

Mitochondrial genomes have, over time, managed to get rid of most of they useless “junk” DNA and so are very conserved, Professor Phillips said.

“They’re a really tight little unit with very little junk in them. Almost everything that’s in there is highly used and includes some of our really important genes,” he told Lab Down Under.

Video: Lab Down Under interview with Professor Matthew Phillips.

When it comes down to analysing the genes of extinct or living mammals, nuclear sequencing has been historically preferred over its mitochondrial counterpart when looking at differences between cats versus dogs or parrots versus perching birds, Professor Phillips said.

As such, nuclear DNA tends to provide a clearer signal about relationships and the date when divergent branches occurred on the evolutionary family tree, he continued.

Professor Phillips said that despite this historical tendency towards nuclear genomes, his research examined mitochondrial DNA because it also had a number of useful properties.

“One of them is that the DNA itself is packaged up in such a way that the order of genes is really clear. Also people can use it to understand what’s going on within populations right through to between different phyla of animals so its got a really wide potential for use.”

Also, mitochondrial DNA tends to preserve better over time, meaning that a scientist is more likely to obtain mitochondrial DNA from ancient specimens. In the right circumstances, such as cold conditions in permafrost, these genomes can be found in animals from a million years ago, Professor Phillips told Lab Down Under.

“That’s largely down to the fact that mitochondrial DNA is there in much greater copy numbers… Obviously ancient DNA tends to get degrades but if there are a lot more copies of mitochondrial DNA then you’ve got a better chance of sequencing that,” he said.

Tackling noise in signals through time

The paper examined an improved way of analysing the mitochondrial gene sequencing called RY Coding to overcome the DNA degradation over time and better pinpoint where on the evolutionary family tree an animal sat.

With DNA coming in four bases (A, G, C and T), a lot of the erosion of the signal occurs at transitions. This means that C’s and T’s tend to frequently swap and A’s and G’s tend to swap.

To eliminate this noise in the signal, Professor Phillips said he lumped the A’s and G’s together and the C’s and T’s together and called them R and Y respectively.

“Simply by doing that, we’re removing a lot of that erratic aspect of the DNA. When you have it just coded as R and Y then evolving from one of those to another is a much slower process and so you’re retaining a lot of that signal,” he said.

While RY Coding has been examined previously in the past, Professor Phillips said that we now had a far greater range of genes sequenced from extinct mammals and could thus use this to boost the accuracy of later genetic analysis.

In the paper, four animals were looked at — the sabretooth cat (Smilodon), scimitar cat (Homotherium), a South American sister to horses and rhinos (Macrauchenia) and a close cousin of modern day armadillos (Doedicurus) — with the researchers able to more confidently locate where on the family tree these creatures actually were found.

“I think it provides a little bit more hope for additional mitochondrial DNA studies that will be coming online. So as people get more of these bits of DNA, they’ll be able to use them and if they use these methods that do things such as RY Coding then hopefully they’ll be able to have a bit more confidence in what they’re doing with their family trees,” he said.

Further information about Professor Phillips’ research can be found on the QUT Vertebrate Evolution Group website or his Google Scholar page.