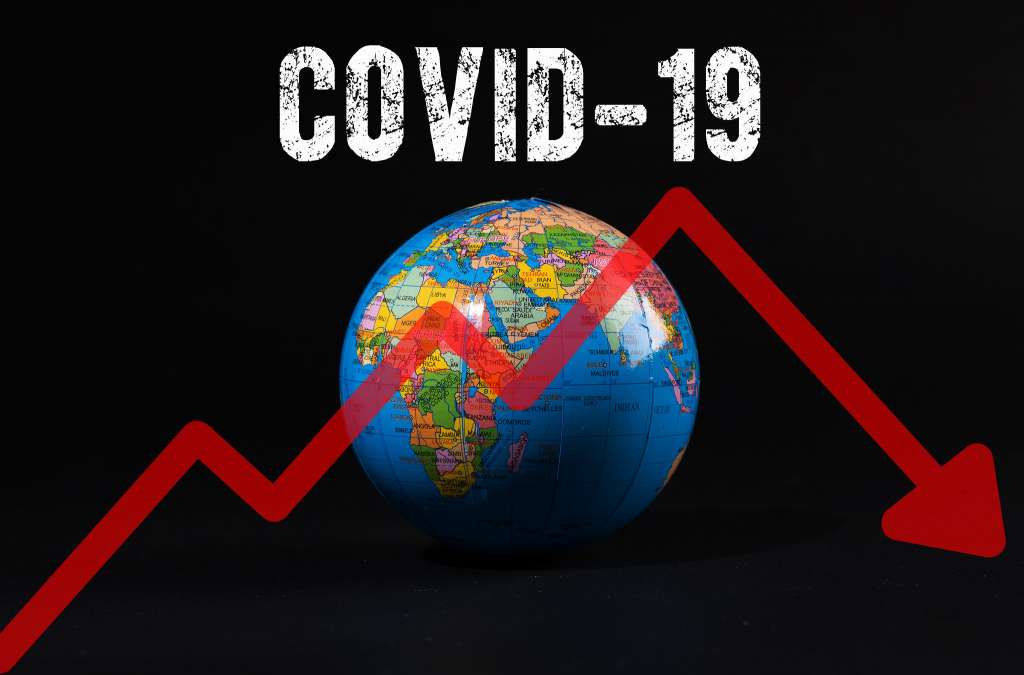 A new statistical analysis of global financial markets found “overwhelming evidence” of global market contagion flowing from the US after the World Health Organization announced the COVID-19 pandemic in March 2020.

In a paper1 published in Finance Research Letters in May, a team of Australian and Chinese researchers used modelling to test for contagion coming from both China and the United States into G20 equity markets both before and after the WHO’s world-changing announcement.

From when COVID-19 reports started emerging from China at the end of December 2019 until the WHO’s March 2020 announcement, researchers saw some evidence of contagion coming from China as investors remained skittish about the possibility of a pandemic. After March 2020 however, strong evidence for contagion erupted from the US, which was the dominant market in a now global health crisis.

This market contagion was only dampened with the announcement of the USA’s $1 trillion stimulus package in late-July, which the researchers said prevented illiquidity and helped maintained stability.

“There is evidence of contagion declining around the time that the $1 trillion US policy stimulus package was announced. This was around the same time the Federal Reserve made the statement that they were going to use a range of tools available to support the economy and that seemed to calm the markets down,” said co-author Professor Renée Fry-McKibbin from the Centre for Applied Macroeconomic Analysis at Australian National University.

A suite of tests to probe market contagion

Professor Fry-McKibbin has been working on financial market crises since the Asian Financial Crisis of 1998 and has focused on finding out the common features of different crises regardless of the asset markets they affected or the geographical region from which they emerged.

She teamed up with Associate Professor Matthew Greenwood-Nimmo of the University of Melbourne and two PhD students to develop a swathe of statistical tests to probe market contagion, and applied them to the COVID-19 pandemic in their recently released paper.

“We have developed quite a suite of tests that we can quickly use to try and understand how crises might transmit through financial markets. The pandemic-based crisis is different to what we’ve seen in the past, being a health crisis, so it makes sense to apply the methods we’ve developed into this latest episode to see what we can learn.”

To do this, the researchers split the timeline up into three time periods: a period before there was any evidence of COVID-19 outbreaks, an epidemic period where COVID-19 was spreading mostly in China, and the pandemic period after the WHO’s landmark announcement.

The initial pre-epidemic time period was used as a baseline from which to measure market activity and compare it with what happened during the later two stages of COVID-19 transmission around the globe.

In normal times, markets tend to move together in predictable ways. For instance a fall in the US financial markets overnight might cause a fall in Australian markets the following day, Professor Fry-McKibbin said. One can say there is market contagion when the movements of one market reacting to another are different to what economists are used to during normal periods of trading activity.

“Sometimes when there’s a big shock, in that moment, it just feels like investors think that there’s something else going on — that the spillovers across markets are bigger and different to what we’re normally used to. And so that’s what we call contagion, when there’s a change in the transmission of market turmoil in one asset market to another in a crisis period,” she told Lab Down Under.

These flow-on effects can be both positive and negative, despite the negative connotations of the words ‘crisis’ and ‘contagion’. For instance, investors can move to purchase assets which are deemed safer, such as gold, and drive their prices up in the process.

As well as a linear correlation between different equity markets during different stages of the COVID-19 crisis, Professor Fry-McKibbin and her team also looked at other comoments — effectively statistics that measure the relationship between two variables — which are non-linear and harder to draw out from the data.

The tests themselves are simply diagnostic tools, identifying whether market relationships are changing and spotting market contagion without giving any information about the underlying reasons driving these movements. Easy to calculate, they give researchers and policymakers a real-time understanding of whether financial markets are changing.

“We’re not making a structural interpretation of what is happening. We can’t say that all of a sudden all the investors in New York have no idea what’s going on so they’re just copying the person sitting at the desk beside them — which is one theory of how contagion can transmit. We can’t say anything like that, but we can show how things change and how things are evolving in terms of those comoment relationships,” Professor Fry-McKibbin said.

Market contagion switches from China to the US

“We find considerable evidence of contagion through coskewness, with significant changes in the relationship between equity returns in China and skewness in other countries and in the relationship between Chinese skewness and equity returns in other countries. This suggests that investors were primarily concerned with tail risk during [the epidemic phase],” the researchers wrote.

Once the WHO’s pandemic announcement was made however, the researchers changed their focus to the world’s dominant market, the US, finding that evidence of contagion was strong, affecting almost every other G20 equity market.

“Before the pandemic announcement, there was a lot of uncertainty about whether or not COVID-19 was going to spill over as a global public health concern. By the time we had that pandemic announcement, it was clear that it was going to need a huge public health response. So basically that fueled the coordinated sell-off across global asset markets that we saw,” said Professor Fry-McKibbin.

Interestingly, there were fewer channels of market contagion from the US to China once the pandemic had been confirmed, a trend which the researchers suggested was because China had made “significant progress in tackling the spread of the virus” at that stage and had moved its business cycle “out of phase” with other economies still in the early stages of dealing with the public health crisis.

The paper showed that policymakers were right to be concerned about equity market turmoil after the pandemic was formally proclaimed by the WHO in March 2020 and that they also did the right thing by introducing stimulus packages to calm the markets during these times of unpredictability, Professor Fry-McKibbin told Lab Down Under.

However, while the $1 trillion dollar stimulus package managed to calm things down, the long-term economic effects of this type of policy are unknown and should still be investigated, the researchers wrote.

“The primary short-term impact of these interventions was to prevent illiquidity and thereby to maintain financial stability. However, unconventional monetary policies may also have unintended consequences on capital flows, asset price inflation and the distribution of wealth, among other phenomena. These unintended effects merit further study,” the researchers wrote.

Professor Fry-McKibbin said some of these unintended effects of policymaker responses to crises could also be seen in Australia.

“We have huge rises in equity markets and housing markets and this is good for some people but it’s not good for everybody. It’s ok if you’re an asset holder but not if you don’t hold assets or if you don’t have any wealth, so it will have effects on the distribution of wealth,” she said.

“We also saw this was a problem coming out of the great recession and global financial crisis period in the US. This, potentially created some of the disharmony in society there now because there’s a perception that asset holders were bailed out and householders weren’t because they didn’t get a bailout to keep their homes.”

Outside of thinking about market contagion, policymakers and portfolio managers should also be cognisant that pandemics are likely to happen again and so build these types of future risks into their decision-making, Professor Fry-McKibbin added.

“This will have huge implications, not just for the financial sector, but for the general public as well through pension funds and superannuation funds. They’re all affected by what is happening in that space,” she said.

If you are interested in finding out more about Professor Fry-McKibbin’s research, you can check out her university webpage at the Crawford School of Public Policy, as well as her Google Scholar profile, LinkedIn feed, and Twitter.