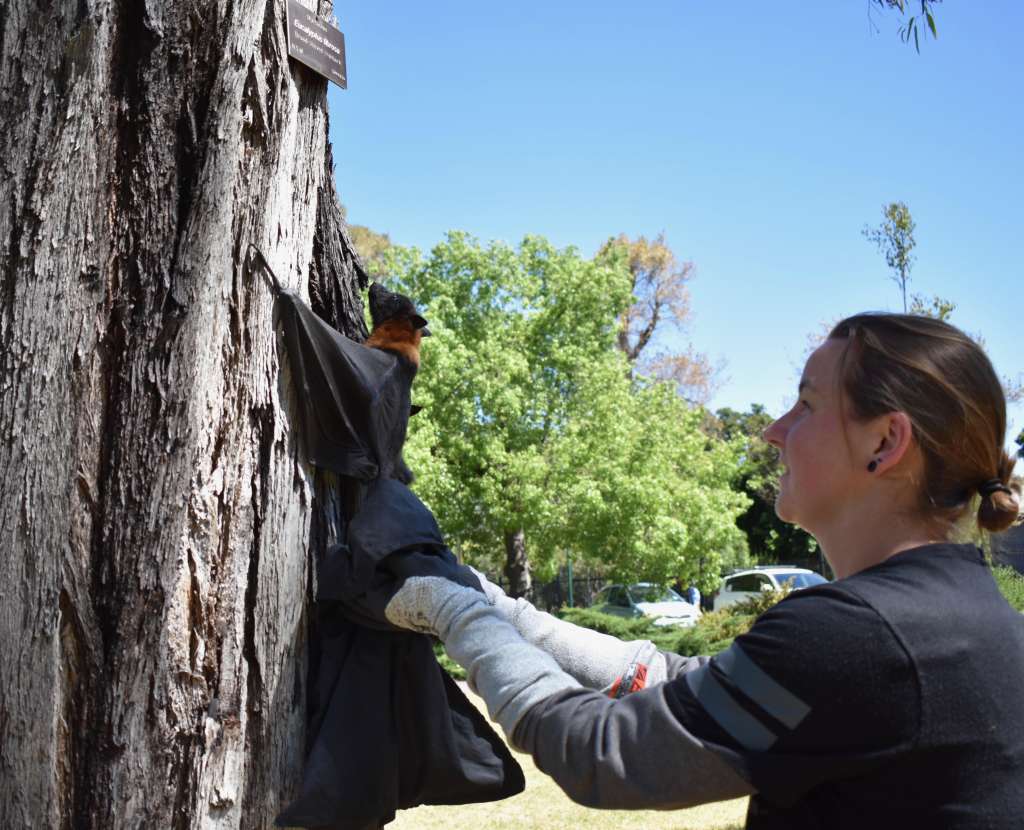 A new survey of malaria in flying foxes across eastern Australia may help scientists unlock the evolutionary history of these parasites and open the door for better treatments of the disease in humans and more effective conservation efforts for bats.

Across two studies, a joint team of Australian and German scientists examined four species of flying foxes in Queensland, New South Wales and South Australia, and looked at the species of malaria parasites found within.

The research culminated in the latest study1, published in the journal Infection, Genetics and Evolution in November 2019, and found that malaria parasites in Australian flying foxes formed their own unique clade, a group of organisms with a common evolutionary ancestor.

These parasites could also infect all four species of flying foxes, the study found, making them different from those that infect humans. Parasites in this latter group are highly host specific, solely infecting humans, and cannot survive in other animal species.

Malaria: A study of family

Juliane Schaer, Honorary Postdoctoral Fellow at the Department of Biological Sciences at Macquarie University in Sydney, was the lead author on the paper and talked to Lab Down Under about the importance of conducting this type of research.

“Malaria parasites belong to a large group of parasites that include the Plasmodium species that infect humans and cause the disease malaria. According to the WHO, more than 3 billion people worldwide are at risk of contracting malaria and every year more than 200 million cases of malaria and over 400,000 deaths are recorded,” she said.

“As no efficient vaccine has been developed to date and new antimalarial drugs have to be developed due to resistances of the parasites, it remains very important to study malaria parasites.”

These malaria parasites belong to the wider Haemosporida order with the single-celled Plasmodium being one of the most widely studied due to its detrimental effects in humans.

However, with Plasmodium only representing six out of the 500 malaria parasite species that infect vertebrates such as mammals, birds and reptiles, it is important for scientists to examine malaria in wildlife to gain a better understanding about the entire family of malaria parasites, Schaer said.

Figure 1: Blood stages of a Hepatocystis parasite using light microscopy and a magnification of x1000. Image by Juliane Schaer. Used with permission.

A unique lifecycle stage of Plasmodium — its asexual reproduction within the bloodstream — induces symptoms in humans such as bouts of fever. However in other animals, malaria parasites lack this stage and so do not create these external adverse effects in their hosts.

“That is why we have not detected any symptoms in flying foxes. We now want to investigate whether the infections might impact the liver (where the parasites also multiply) and whether infections with a high number of parasites might reduce the fitness of the flying foxes,” Schaer said.

High numbers of parasites could impact bats under certain circumstances such as if they were pregnant or in high external temperatures, she added.

Parasites unbound by their host’s species

Schaer, whose main affiliation is now with the Faculty of Life Sciences in the Department of Biology and Molecular Parasitology at Humboldt-Universität in Berlin, led the research on Australian flying foxes in 2017 and 2018, ultimately culminating in two papers.

The first study2 examined 40 bats in three of the country’s flying fox species and was limited to populations in Queensland. Schlaer and her team expanded these results in the second paper, published November 2019, by looking at infection rates in around 300 bats in Queensland, New South Wales and South Australia.

“We were especially interested in a particular colony of grey headed flying foxes in Adelaide that only recently (in 2010) had started to establish a permanent colony at this southernmost edge,” she told Lab Down Under.

“Interestingly we detected malaria parasites in the bats from all sites, even from Adelaide, where the climate is hot and dry and the dipteran vector of the malaria parasite might not be abundant. However, the prevalence was lower in Adelaide than in the other locations.”

The dipteran vector refers to the type of biting fly that carries the malaria parasite which infect the bats, and which the researchers hypothesise is more abundant in wetter climates such as those in NSW and Queensland.

A second hypothesis is that infection rates were lower in South Australia because that colony had only been recently infected through long-distance transmission that was possible due to the long flying distances of certain bat populations.

Schaer hypothesised that this was because flying fox species often lived amongst each other in the same locations across the country. Larger surveys are required in order to test this theory however.

Using statistical analysis of the parasites’ genes, Schaar and her team found that malaria parasites in Australian flying foxes formed their own clade, meaning they are part of the same group all sharing the same evolutionary ancestor.

Parasites in Australian flying foxes came from the genus Hepatocystis, Schaer said, which was the closest relative of the Plasmodium species that affects humans. Hepatocystis parasites typically infect bats and monkeys in Africa and Asia although they can be found in some other mammals.

“I think that in the course of evolution, flying foxes of the genus Pteropus in Australia (and Asia) were the first hosts of Hepatocystis before the parasites also moved into the other host groups,” Schaer said.

This would mean that the phylogenetic tree (think of this as the family tree for evolutionary ancestors in animals) showed a distinct clade in Australian flying foxes as distinct from their African cousins.

This could represent what evolutionary scientists call a basal clade, from which other parasites eventually evolved later on, Schaer said.

Schaer told Lab Down Under that current scientific knowledge about malaria was still very basic, and that this gap provided her with motivation to undertake almost ten years of research in the field.

While her two latest papers still only represented basic research, Schaer remained hopeful that numerous other questions about flying foxes and malaria parasites would be examined by researchers in the future.

Areas of interest include finding out more about the lifecycle of malaria parasites in Australian flying foxes, why these parasites created severe symptoms in humans but not bats, and how these parasites actually affect bat health, she said.

“Understanding the impact on bat health will be crucial for bat conservation. Due to the climate change/global warming, especially in Australia, we need to understand if infected bats might have a reduced fitness and are subsequently less able to cope with high temperatures.”