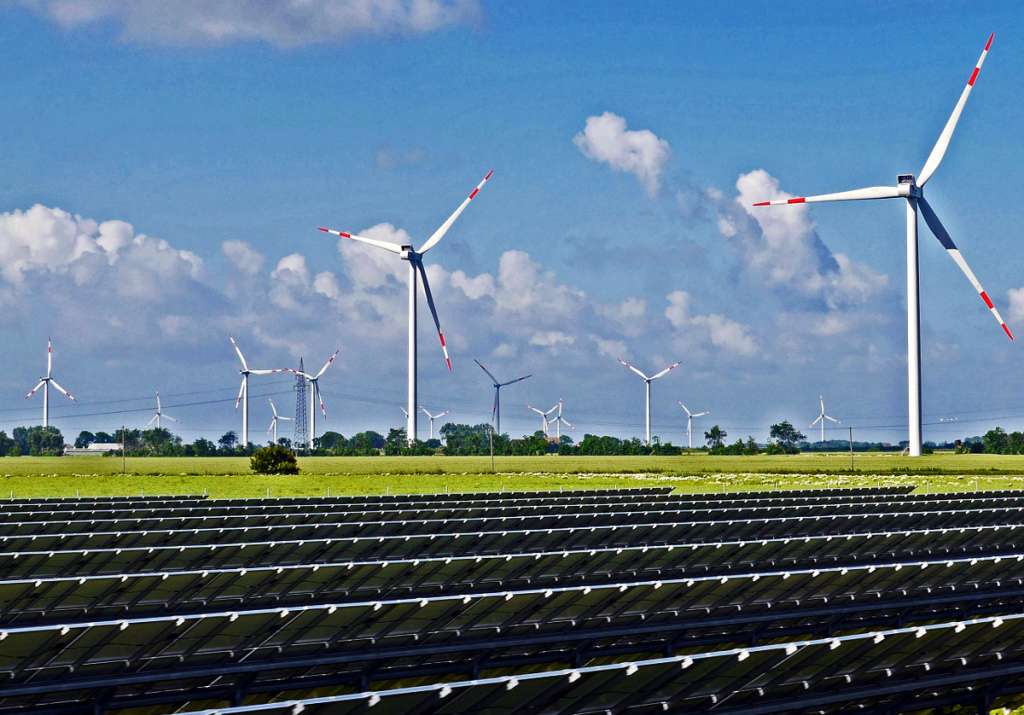 Transitioning the Australian grid to 100 per cent renewables and swapping all petrol cars for electric ones would drop annual electricity costs by over $1,000 per year for consumers, a new study has found.

The study1, conducted by scientists at the University of Sydney, used modelling to examine the interactions of electric vehicle charging with a hypothetical 100 per cent renewable grid located in Australia.

Mengyu Li of the University of Sydney’s Centre for Integrated Sustainability Analysis was lead author of the paper and talked to Lab Down Under about how the modelling worked, what the results meant for future renewable grids, and what now needed to be done to refine this research.

“This study provides technical evidence of the feasibility of a 100 per cent renewable grid powering 100 per cent EVs in Australia and the inspiring news is it will be cheaper. I think this is an inspiring message for electricity transition planning in Australia,” Li said.

From fossil fuels to renewables

The research, published in Applied Energy in March, was a follow-on study from a prior paper2 published by Li et al. on electric vehicles and the current Australian fossil fuel-based grid. In that paper, Li et al. found that the grid could support up to 11.3 million electric vehicles (or a 70 per cent penetration rate) in the right circumstances.

With decarbonisation a global trend, governments were transitioning away from fossil fuels to renewable energy and research was needed on how electric vehicles would fit into this, Li said.

“Based on a recent report by the Intergovernmental Panel on Climate Change3, the share of renewables in the electricity supply sector needs to increase to 70 or even 97 per cent to limit global warming to 1.5 degrees,” she told Lab Down Under.

In her research, Li examined a hypothetical 100 per cent renewable grid consisting of biomass, hydro, solar photovoltaic (PV) cells (both rooftop and utility-scale), concentrated solar power (CSP) and wind to see if this combination could feasibly accommodate a complete shift of 16.2 million petrol vehicles to electric vehicles.

To do this, Li created a geographical information systems (GIS) model which looked at supply and demand and included a simulation of an hourly competitive bidding process that took place over the course of a year.

“This means we have a generator that belongs to the one of the six resource types. Then we have demand and we match the supply with this demand. Finally, the model outputs a system configuration such as the location and the amount of installed capacity for different energy resources,” she said.

Cheaper costs and a reason to switch

The study found that the total electricity cost per consumer for powering their homes plus all vehicles as EVs in Australia under a 100 per cent renewable grid was around 41 per cent cheaper than the current electricity and liquid fuel costs.

While current annual residential electricity consumption was estimated to cost $2,627 per capita, the study found that switching out petrol vehicles for electric vehicles saw this drop to $1,541 per capita, for a cost saving of over $1,000.

This decrease was mostly due to a change in transport energy costs.

Looking solely at vehicle expenditure and comparing the costs of charging an electric vehicle with the cost of liquid fuel, charging via renewables was 58 per cent cheaper, Li said.

“This simple calculation indicates that the electricity cost could be cheaper if we switched to renewables.”

Table 1: Comparison of residential and transport energy costs per capita per year between Australia’s current grid and a 100 per cent renewable grid with 100 per cent electric vehicles.

Any cost savings could potentially be even higher because of the way these estimates were calculated, Li said.

“Actually our simulation results can be considered a pessimistic scenario because we used the current renewable price. From our experience with technology, renewable prices will come down with an increasing number of power plant installations.

“Also, we did not consider the expansion of dispatchable resources like biomass and energy storage like pumped hydro and batteries. Those techniques can provide flexibility and load balancing and then will reduce the system cost and capacity.”

The model used in the study was simplified somewhat, with PV, CSP and wind generation growing while biomass and hydro remained at current levels.

Future research could look at potential grid capacity, cost consequences and further support for electric vehicles with the expansion of renewables such as biomass and the introduction of energy storage, Li said.

Under Li’s model, Australia’s renewable grid needs an installed capacity of 205 GW to cover current electricity needs as well as the controlled charging of 16.2 million electric vehicles. This is more than five times the current capacity of the National Energy Market which, at time of writing, sits at 48.5 GW for 2019-204.

The research also looked at the levelised cost of electricity (LCOE) which is defined as the minimum price that a generator has to sell its electricity over its lifespan to break even on construction and operating costs.

In the study’s proposed renewables grid, LCOE is an average of 14.7 ¢/kWh. As a comparison, the Federal Government’s Australian Power Generation Technology Report5 released in 2015 found that the maximum LCOE for brown and black coal plants generating power through integrated gasification combined cycle (IGCC) technology was just under 15 ¢/kWh.

Controlled charging was also found to have less of an effect in a renewable grid as it did in a fossil fuel-based grid because of the dispatchability of a generator, or its ability to turn on and off to meet current demand.

While coal power plants could accommodate the nighttime charging of electric vehicles, renewable generators like PV cells or CSD were unable to do so, Li said.

“This means, for example, that charging is primarily shifted to the daytime with high solar resource availability in the context of a 100 per cent renewable energy grid. So time is quite limited compared to a fossil fuel-based grid in which generation can be turned on and off any time.”

Even with a 100 per cent renewable grid however, controlled charging was still useful, reducing the grid’s required installed capacity by 10 per cent and the LCOE by around five per cent, Li said.


Author’s note: If you enjoyed this article, you can follow Lab Down Under on Facebook or support me on Patreon. I also have my own personal Twitter account where I’ll be sharing my latest stories and any other items of interest. Finally, you can subscribe here to get my weekly blogs in your inbox.

One thought on “Renewables and electric vehicles: Switching for lower costs”